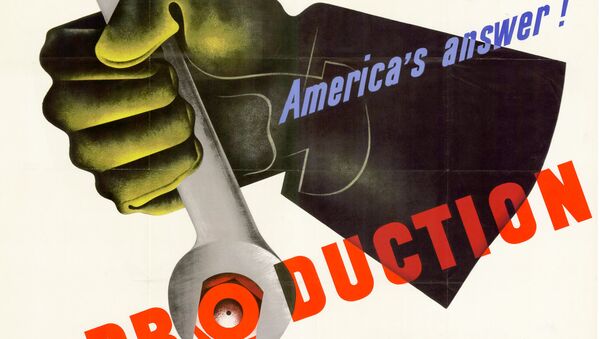 John Pilger, the award-winning journalist and film-maker, talks to Sputnik about US foreign policy, the propaganda wars and the US Congress lawmakers.

US Congress Plagued by Big Money Corruption - US Independent Senator
John Pilger, the award-winning journalist and film-maker based in Australia, talks to Sputnik about US foreign policy and the propaganda wars.

In regards to the US Congress, Pilger said that the current actions of the Congress are quite extraordinary. He said that he has never known it to behave in this manner.

“The US Congress has already passed legislation that empowers the acting President to make war on Russia. And the latest congressional machinations that you refer to are really about propaganda.”

He notes that there is something deeply unreal about lawmakers in the US, arguably the most powerful country in the world that refuses to face any kind of semblance of the truth.

Pilger remembers that during the Cold War, it was one lie after another. He notes that people were relieved that it was over.

“We’ve learned that we can’t go through that again, and yet we are. This doesn’t mean that other states are blameless at all, but the intensity of propaganda, the inversion of reality that is coming from the Washington and especially from the US Congress from the Senate, every time it utters the word ‘Russia’ is something that I haven’t experienced, and it’s very dangerous of course.”

Documents Reveal Covert US, UK, NATO Propaganda War in Ukraine
On the topic of Russia, Pilger said that the statements of the Russian leadership have gone from a compromise to a defensive position.

“Mr. Putin’s statements seem to be of someone who is concerned with the defense of Russia. That is leading us to a very dangerous situation.”

Regarding the people making the US laws, who are watching their government take such a stance towards foreign policy, Pilger said that they cannot be excused for being warmongers, “They can be blamed. And in any country – people with authority, who beckon war, a nuclear war – are anything but blameless, in fact they are reckless and irresponsible.”

He notes that it is ignorance mixed with belligerence.

“If somebody is saying something when the very opposite is true and there is every reason to believe that they know they are not telling the truth, then how can they be well-meaning?”