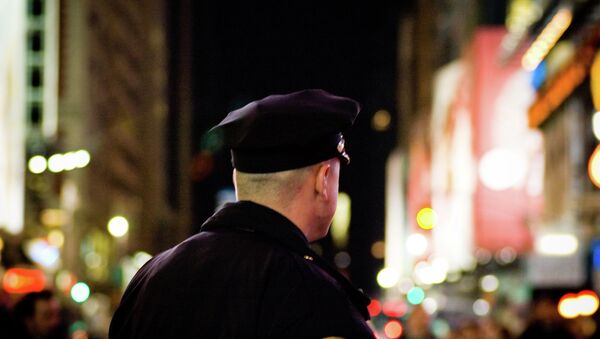 Stop Mass Incarceration called a nationwide demonstration to protest "the injustice of mass incarceration and police brutality" after the recent shooting of an unarmed black man by a white New York City Police Department (NYPD) officer.

"We had two people in the hospital last night. One of the protesters, who was arrested, was taken to hospital by the ambulance, and another person was injured with broken ribs due to NYPD, and she was not arrested," said Debra Sweet, of the World Can't Wait group with the New York-based network.

In New York, crowds marched from Union Square to City Hall and the NYPD headquarters. They managed to block traffic on the Brooklyn Bridge and clashed with police. Several officers were reportedly attacked.

Sweet said that New York Mayor Bill de Blasio issued a statement earlier on Wednesday, saying NYPD was going to investigate any activities by the protesters during the rally.

"What about investigating many instances in New York when the police were killing unarmed people?" she asked.

In Los Angeles, protesters shut down parts of the city as they marched to the local Police Department headquarters. Sweet said Los Angeles police arrested 20 people, and her organization was told they may not get out until Thursday.

New York City Council Again Urges Mayor to Hire 1,000 Extra Police Officers
Those who were held in Atlanta and San Francisco have been set free, Sweet added, and there are reports they had been charged with violation of Administrative Code, rather than crime.

The most recent documented incident happened on April 4 when NYPD lawman Michael Slager shot 50-year-old Walter L. Scott in the back as he tried to run from a traffic police officer.