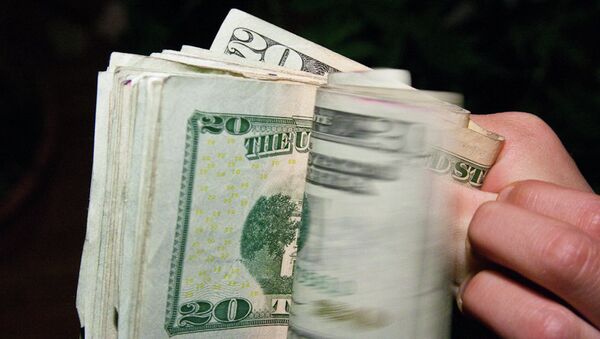 © Flickr / Steven Depolo
Subscribe
US Department of Justice announced that US Navy officer Todd Malaki pleaded guilty before a Magistrate Judge on Wednesday to trading classified military information for cash.

WASHINGTON (Sputnik) — US Navy officer Todd Malaki of San Diego, California pleaded guilty before a Magistrate Judge on Wednesday to trading classified military information for cash, hotel stay and the services of a prostitute, US Department of Justice announced in a statement.

“A lieutenant commander in the US Navy pleaded guilty to bribery charges in federal court today, admitting that he accepted cash, hotel expenses and the services of a prostitute in return for providing classified US Navy ship schedules and other internal Navy information to an executive of a defense contracting firm,” the statement said.

Iranian-American Pleads Guilty on Providing Iran F-35 Classified Documents
The Justice Department explained that Malaki made the trade while working for the US Navy’s Seventh Fleet in 2006.

Malaki provided classified US Navy ship schedules to the former president of Glenn Defense Marine Asia (GDMA) company that provided services to the US Navy, according to the Justice Department. In addition, Malaki provided invoicing information about GDMA’s competitors.

“Malaki admitted that the total value of the benefits he received was approximately $15,000,” the statement said.

A sentencing hearing is scheduled for July 6, 2015.

Malaki is the eighth individual to plead guilty in the expanding probe into corruption and fraud in the US Navy, according to the Justice Department.