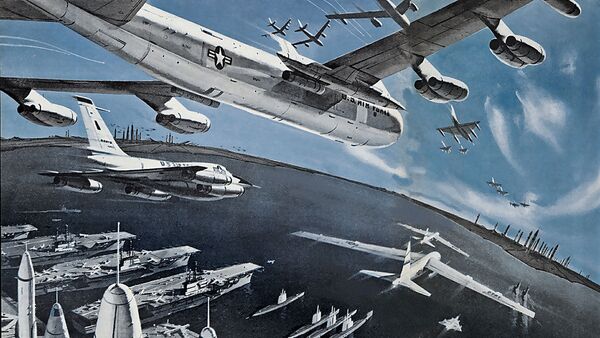 According to Ukraine's state news agency Ukrinform, the US House of Representatives vote on sending lethal aid to Ukraine means that the United States is ready to begin, what the agency is calling, a "fourth World War:"

"We will get Javelins and other killer hardware. We will be taught by the best American instructors and there will be NATO ships in the Black Sea. But that's not all. Sooner or later a regular American force will appear on Ukrainian territory and it will fight regular Russian forces."

Citing Samuel Huntington's book, "The Clash of Civilizations," the national news agency article said that the tensions between Russia and Ukraine are civilizational because the Kiev-based Ukrainian Orthodox Church supported the Kiev protests which led to the 2014 coup, as well as the idea of a war against Russia.

Peace in Ukraine? Poroshenko Ally Predicts NATO Airstrikes Soon
According to the publication, American "hawks" also want a war against Russia, although they apparently increasingly fight from distant command centers.

"But they will teach us many things. And we will be able to have a large-scale war," the publication added.

The publication hopes that a full-scale war will begin after Barack Obama leaves the White House and is replaced by a "decisive Republican."