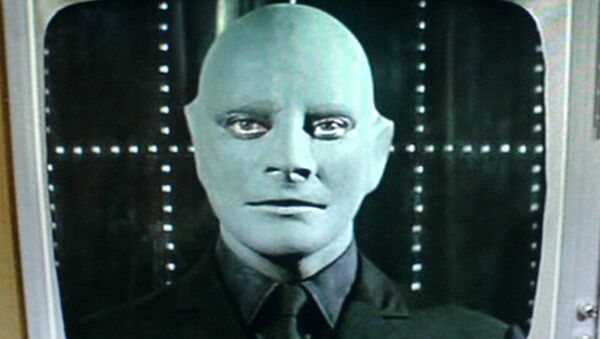 © Flickr / vivreabruxxl
Subscribe
The Danish Puppet Party has tossed its hat into the political arena for September's parliamentary elections in Denmark; the party slams Danish policy makers for their lies and hypocrisy and pledges to "force politicians to change their behavior."

The Danish Puppet Party (Dukke Partiet), the newest and strangest of Denmark's parties, has announced it will take part in the September parliamentary elections in order to "force politicians to change their behavior."

The party is best known for its members interrupting parliamentary proceedings by singing opera arias clad in business suits and rubber masks, or organizing punk performances outside of Christiansborg.

"The whole point of wearing masks and pulling off events is to symbolize where politics is at now. And with this lie, we think it is just a continuation of all the other lies we have heard," Kasper Gevaldig emphasized.

The party was founded on April Fool's Day in 2014, but its members claim they are "not a happening."

According to the founder, the Puppet Party enjoys strong support amongst the Danish public and just needs the final 2,000 of the 20,260 voter declarations to qualify for the September parliamentary race.

"We have been going for a full year, but we can see that things have really been picking up recently. Last week, we had around 300-400 [signatures] per day," Kasper Gevaldig claimed in an interview to a national broadcaster.

It should be noted, however, that the party has collected only 400 voter declarations in physical form while the other 18,100 signatures are digital. Furthermore, Denmark's municipalities reported that in Copenhagen only 155 signatures for the Puppet Party have been verified, while in Odense this number amounts to 30.

However, Kasper Gevaldig has expressed his confidence that the party will reach the threshold, pledging to "force politicians to change their behavior" and "rip a hole in the political system."