Titanic Mystery: Is Liner 2.0 Going to Sink Without Sailing? 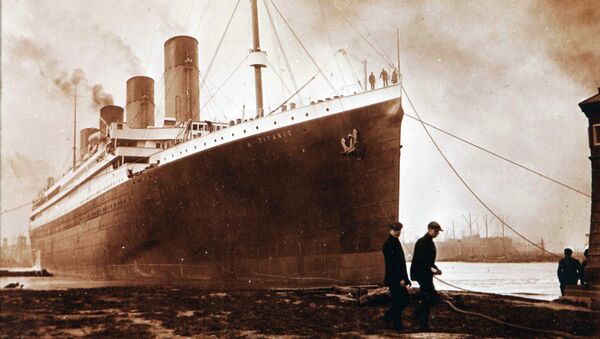 © AP Photo / Ulster Folk & Transport Museum
Subscribe
International
India
Africa
On April 15 the world commemorates one of the deadliest peacetime marine disasters: 103 years ago British luxurious and the largest at the time liner afloat sank on its maiden voyage, taking down over 1,500 people; now ambitions plans for Titanic 2.0 also seem to be sinking without sailing off.

Every year since 1912, April 15 commemorates one of the largest tragedies in the history of peacetime marine disasters. Titanic, the British passenger line, which was ambitiously advertised as “unsinkable”, went to the bottom taking down over 1,500 people. 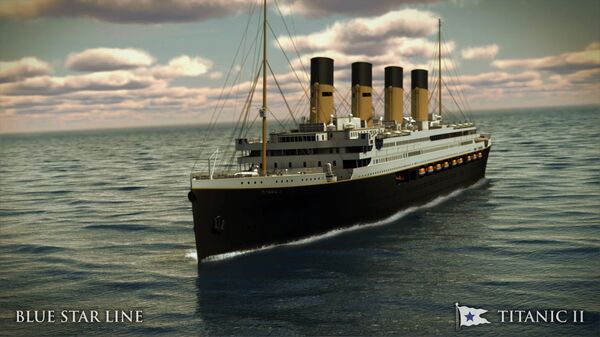 In this rendering provided by Blue Star Line, the Titanic II is shown cruising at sea. The ship, which Australian billionaire Clive Palmer is planning to build in China, is scheduled to sail in 2016
© AP Photo / Blue Star Line

A centenary after the tragedy, in 2012, one of Australia’s richest men, Clive Palmer and his newly formed company Blue Star Line announced their plans to replicate the legendary ship and send it on a maiden voyage on the same very day in 2016.

Once again, they advertised it to be the “safest cruise ship in the World” and said it would follow the same very ill-fated route from Southampton, England to New York.

Titanic II was supposed to have the same dimensions, with 840 rooms and nine decks. The billionaire aimed to reconstruct the ship in its luxurious design and specifications, but equip it with modern technology. 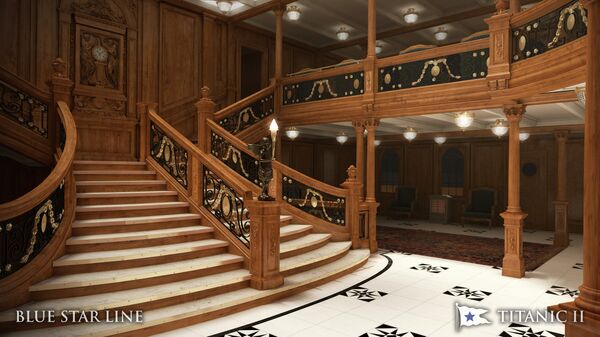 In this rendering provided by Blue Star Line, the grand staircase on the Titanic II is shown. The replica ship, which Australian billionaire Clive Palmer is planning to build in China, is scheduled to sail in 2016
© AP Photo / Blue Star Line

The liner was supposed to run on diesel rather than coal power.

Since then, Palmer regularly briefed the public on the development of the project.

At one point he claimed that, like many replicas, this one will also have a “Made in China” marking. Palmer said he had signed a memorandum of understanding with the Chinese CSC Jinling Shipyard to construct the cruise liner.

In 2013, the Blue Star Line said they had already received offers for 'more than a million dollars' “from those looking to experience the maiden voyage.”

According to the company, tickets were expected to go on sale in 2015 or early 2016 — with launch set for later that year.

“Around 40,000 people have enquired about tickets and half a dozen have offered more than a million dollars to make sure they get on the maiden voyage and this is before we have even started construction,” the company revealed at the time. 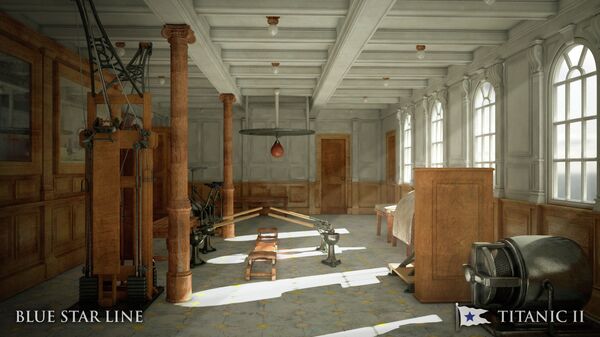 In this rendering provided by Blue Star Line, the gymnasium on the Titanic II is shown. The ship, which Australian billionaire Clive Palmer is planning to build in China, is scheduled to sail in 2016
© AP Photo / Blue Star Line

Recent reports however reveal that the launch date has been quietly readjusted to 2018. The new date was briefly mentioned in the last paragraph of a release by the company.

No official explanation was given for the alteration but a spokesman for Palmer said that there was a lot of work involved in replicating a ship from another century to ensure it is compliant with today’s maritime safety laws.

The Chinese party however offered their own explanation: the project was yet to be given the formal go-ahead. The workers at the Chinese yard claimed that the ship was just a proposal.

It’s never been approved and the project was never launched. 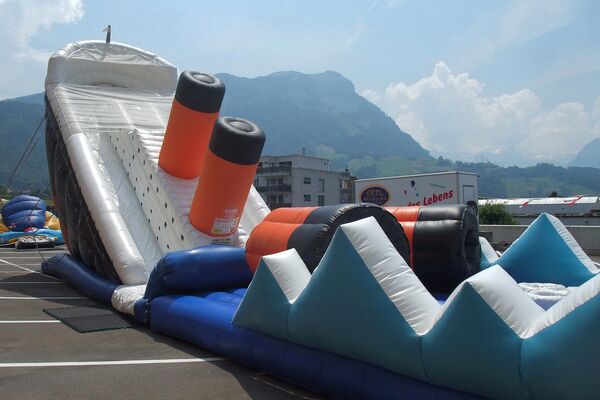