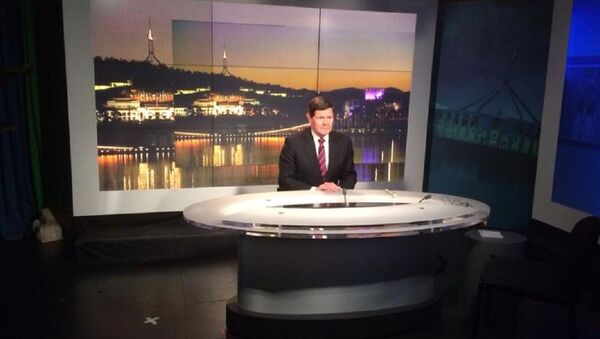 Australian Defense Minister has been caught by surprise when asked to give a name of the Islamic State (IS) leader; the chief of defense seems to be genuinely unaware whom the Australian contingent he is sending to Iraq is going to fight with.

Australian Chief of Defense, Kevin Andrews, has been caught confused during his television interview with the Australian Broadcasting Corporation (ABC) late Tuesday.

Speaking tonight on @abc730 with @leighsales on the the deployment of 300 ADF to Iraq #auspol pic.twitter.com/ODebpqN6P8

The naughty moment came when he was asked to identify the IS chief.

Without acknowledging that he either forgot it or did not know it at all, Kevin Andrews was desperately searching for ways to avoid answering the question directly.

"I'm not going to go into operational matters obviously," he insisted, to which the interviewer replied: "I don't think it's operational, I think it's a matter of public record."

Then the defense minister insisted that IS was "a combination of groups".

"It's not just one person involved, there's a series of people involved and we must ultimately destroy all of them if we're going to degrade their operations in that area," he said.

Interestingly enough, the interview happened on the same day when the country’s Cabinet announced that about 330 more Australian troops will begin heading to the Middle East as early as Wednesday as part of a boosted contingent in the fight against the IS group.

Around 300 ADF will deploy alongside approx 100 NZ Defence Force personnel to the BPC mission at Taji, northwest of Baghdad #auspol

Prime Minister Tony Abbott said the troops will be embarking on a two-year mission, with most put to work training Iraqi soldiers.

"Minister, you're responsible for putting Australian men and women in harm's way in the cause of this mission, I'm surprised that you can't tell me the name of Islamic State's leader,” said the host.

Andrews however tried to ‘brandishing fists’ after the interview and  tweeted “Focusing on individuals ignores the threat that extremist organizations present. We remain firm in our resolve to defeat Dae’sh".

Focussing on individuals ignores the threat that extremist organisations present. We remain firm in our resolve to defeat Dae'sh #auspol

The chief of defense again tried to put on a brave face and referred to IS as a whole, once again without naming its leader.

Da'ish or DAESH is an Arabic equivalent of ISIL. The leader of the group is believed to be Abu Bakr al-Baghdadi.