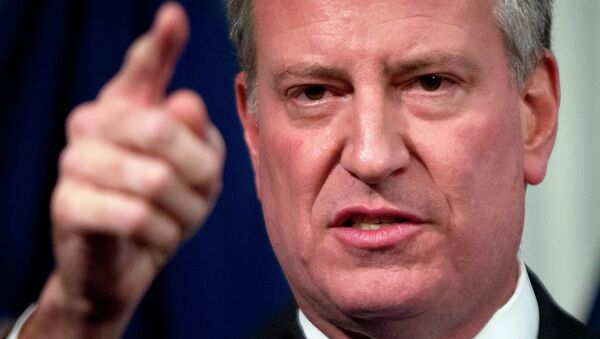 “Justice Reboot is about rethinking the way we approach criminal justice in New York City,” de Blasio said on Tuesday.

The overhaul includes resolving 50 percent of all cases where a defendant is being detained for longer than a year with a pending case, according to the release.

De Blasio noted that about 400 people are incarcerated in New York City for more than two years without having been convicted of a crime, and fast-tracking their legal process could help reduce the jail populations by 20 percent in a decade.

The overhaul also includes requiring law enforcement to provide race data for summons enforcement. The New York City Police Department (NYPD) currently only provides race data pertaining to arrests but not summonses for low level offenses, such as riding a bike on the wrong side of the street or possession of small amounts of marijuana.

“Only with tracking and regular public reporting on who is getting tickets and for what, can New Yorkers start to understand the consequences of Broken Windows policing,” New York Civil Liberties Union Executive Director Donna Lieberman said in a statement.