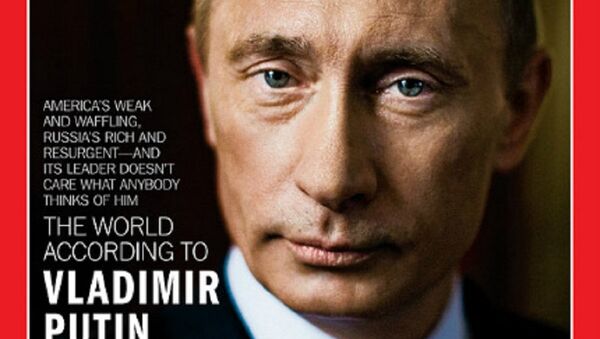 It's an obvious fact that the president Putin is one of the world's most popular, famous and respected politicians, according to a Kremlin spokesman Dmitry Peskov.

On Monday, Putin was ranked first in a Time magazine reader ballot to choose persons who "have changed the world this past year, for better or worse." In 2013 and 2014, Putin was named the world's most powerful person by the Forbes magazine.

"It's an obvious fact that the president [Putin] is one of the world's most popular, famous and – among other things – respected politicians. And several printed media have acknowledged this leadership, which is a fact too," Putin spokesman Dmitry Peskov told journalists.

Last year, Putin finished third in the Time rating. In 2007, the magazine named him Person of the Year for performing an "extraordinary feat of leadership in imposing stability on a nation that has rarely known it and bringing Russia back to the table of world power."