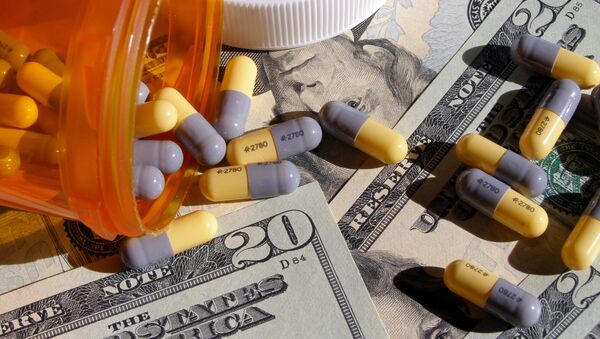 © Flickr / 86530412@N02
Subscribe
International
India
Africa
A Louisiana State Trooper and Lafayette Sheriff’s Deputy have been arrested on charges of racketeering, after investigators found the duo to have accepted thousands of dollars to plant drugs and unlawfully arrest an innocent man.

The alleged plot was carried out by State Trooper Corey Jackson and Sheriff’s Deputy Jason Kinch after over $100,000 in cash was paid to various people by Mark Knight, the CEO of the major oil and gas company, Knight Oil Tools.

The money was allegedly provided in exchange for the officers planting magnetic containers filled with cocaine and prescription drugs underneath the car of his brother Bryan Knight, the company’s co-owner, and subsequently arresting him back in June.

There are currently arrest warrants out for two other men in relation to the incident- Mark Knight and his former employee, Russell Manual.

“When a member of this department violates the public trust, it is a tarnish to not only the reputation and traditions of the Louisiana State Police, but also to the hardworking men and women of law enforcement throughout our state,” State Police superintendent, Col. Mike Edmonson, wrote in a statement.

Both officers are currently on administrative leave and Mark Knight has stepped down from his position as CEO of the company, though he remains chairman of the board of directors.

All charges were dropped against Bryan Knight prior to the Sheriff’s Office being tipped off to the scheme.