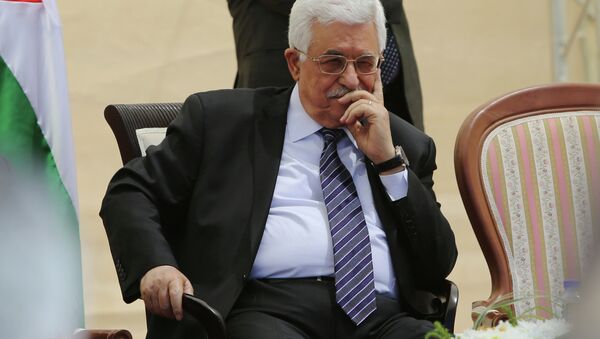 "There is a project that we call ‘a project of state in temporary borders.’ This is an actual Israeli project, but unfortunately, Hamas is holding dialogue with Israel on this project,” Abbas said.

Abbas explained that the crux of the dialogue between Israel and Gaza is the creation of the Gaza Strip as an independent state and that Israel would partially withdraw from the West Bank, but at the same time retaining control over parts of the area the West Bank considers within its borders.

"The issues of [the status of] Jerusalem and refugees aren't even being discussed. That's the project that Hamas and Israel are discussing, unfortunately," Abbas said.

The Palestinian leader is currently visiting Moscow where he is expected to meet with Russian President Vladimir Putin and Foreign Minister Sergei Lavrov.

Palestine wants to establish an independent state on the West Bank territories, including East Jerusalem, marked as its capital, and in the Gaza Strip. The Palestinian Authority has asked Israel to pull out from territories it seized in 1967.

On March 28, the Russian president said Moscow would help Palestine in achieving its goal to become a sovereign state, with Russia being one of the 135 members of the United Nations that have recognized the State of Palestine.