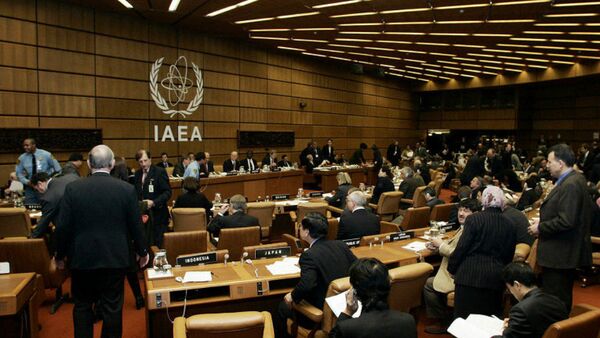 The head of the IAEA announced that the organization will send a group of observers to Iran this week.

The IAEA "welcomes the progress of talks in Iran's nuclear program in the P5+1 format," said Amano at Japan's annual Atomic Industry Forum, a non-governmental organization on nuclear energy in Japan.

However, added Amano, the IAEA is not one of the parties to the negotiations, and as such "it is difficult to comment on their further progress."

"The IAEA is a technical organisation, not a political one. Our job is to establish the facts, to the best of our ability," said Amano in a previous announcement on March 23 at the 2015 Carnegie International Nuclear Policy Conference.

US May Reimpose Sanctions Against Iran if Nuclear Deal Violated - Obama
Amano remarked last month that IAEA inspectors are continuously on the ground in Iran and had been able to verify that the government had been meeting its commitments under the Joint Plan of Action agreed with the P5+1 in November 2013, when Iran and the IAEA also agreed a 'Framework for Cooperation,' to resolve outstanding issues.

On April 2 negotiations between the Iranian government and the P5+1 group of countries [the five permanent members of the Security Council, China, France, the Russian Federation, the United Kingdom and the United States, as well as Germany] reached a breakthrough political deal on Iran's nuclear program that will see the lifting of sanctions against the Iranian economy, voted for by the UN Security Council in 2006.