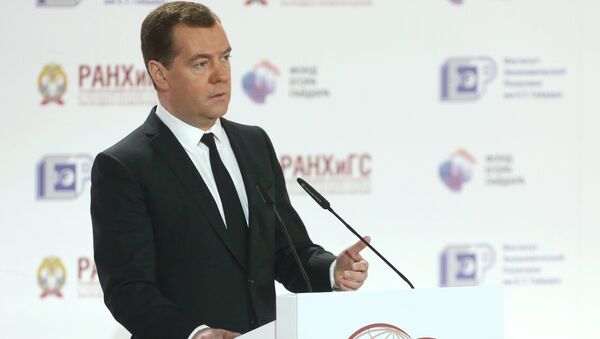 Russian Prime Minister Dmitry Medvedev said that the government will do its utmost to keep Russia’s leading position in space exploration.

Russia
Celestial Lifestyle: Spacemen Reveal What It Takes to Live Off Planet Earth
MOSCOW (Sputnik) – The Russian government will do its utmost to preserve the country’s leading role in space exploration, Russian Prime Minister Dmitry Medvedev said on Sunday.

On April 12, Russia observes the anniversary of the first-ever manned space flight carried out by Soviet cosmonaut Yuri Gagarin in 1961. Gagarin became the first human to orbit the Earth, with his flight lasting 108 minutes. In 2011, the United Nations declared April 12 the International Day of Human Space Flight.

“The government will do its utmost to keep Russia’s leading position in space exploration,” Medvedev posted on VK social network, congratulating the Russians on the holiday.

Science & Tech
On Cosmonautics Day, Russian Mouse Travels to Stratosphere and Back
The prime minister said that the Russian space industry have always made Russia proud, adding that “the first cosmonaut Yuri Gagarin has been a pride of all mankind.”