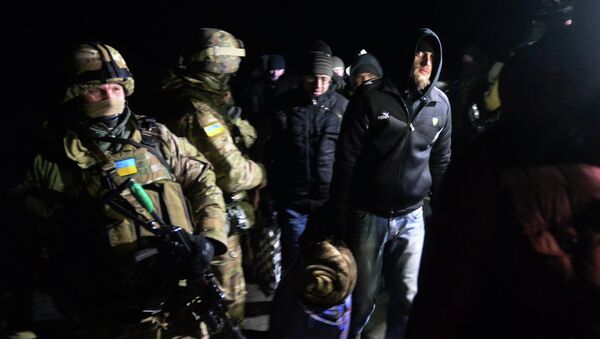 One Year of Civil War in Ukraine: Timeline and Facts
MOSCOW (Sputnik) — The captives include anti-EU activists who were detained during protests in the Ukrainian city of Odessa in May 2014, she said.

“Kiev’s security forces are currently holding captive about 200 militia members and at least 2,000 civilians,” Radionova told RIA Novosti, adding that some have remained kidnapped for about a year.

Numerous prisoner swaps have been carried out between Kiev and eastern Ukrainian militia since the two warring sides signed a ceasefire agreement in September 2014.

The truce deal was repeatedly broken, with both sides accusing each other of carrying out deadly attacks, and a new ceasefire agreement was signed and came into force in February 2015. The sides also vowed to continue the exchange of prisoners.

Last week, DPR negotiator Denis Pushilin stated that prisoner swaps would be suspended until issues regarding the implementation of the agreements were solved.