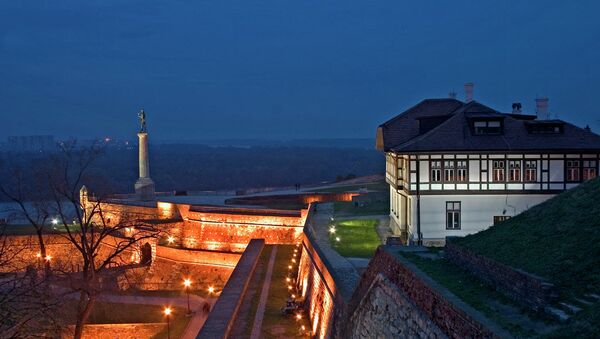 Serbia is at a crossroads, as it is still unclear which union the country will choose – European or Eurasian. Serb leaders are seeking to join the process of European integration, but the position of the Serb population is ambiguous, the German newspaper “Die Welt” wrote.

The European Union has invested significant amounts of money in Serbia, but many of the country’s residents still express their support for Russia, instead the EU, “Die Welt” reported.

The EU has provided Serbia with significant financial support, when the devastating floods in May 2014 affected the country. And this was not the only investment, the newspaper wrote. All in all, since 2007 the EU has provided some 12 billion euros in assistance to Serbia. Thus, Brussels is spending a lot of money, "to help this country find its way into the European community," the article said.

Neutral Serbia Not a Step Closer to NATO – FM
The Serbian authorities seem to appreciate the help, with Prime Minister Alexander Vucic consistently reiterating his country’s intention to join the EU in 2020. The government in Belgrade is seeking to open the first round of talks with representatives of the European Commission and to proceed with the reforms, which the EU and the IMF require.

However, the final decision will be made by the population, which is, in fact, divided into different camps. According to surveys, only 44% of Serbs support the idea of their country’s entry into the EU. At the same time the most popular foreign politician among Serbs is Vladimir Putin, the newspaper wrote.

The majority of Serbian citizens seem to have more sympathy for Russia than for the EU.  The main reason for this is, according to “Die Welt”, the Russian position on the Kosovo problem.

The former Serbian province declared independence in 2008, and is currently recognized by more than 100 countries in the world. However, Serbia does not recognize Kosovo as a state, which remains a potential hotbed for a military conflict. Russia has not recognized Kosovo's independence either, and Serbs count on its support if a new conflict arises.