Palestinian Leader Abbas to Attend May 9 Parade in Moscow - Ambassador 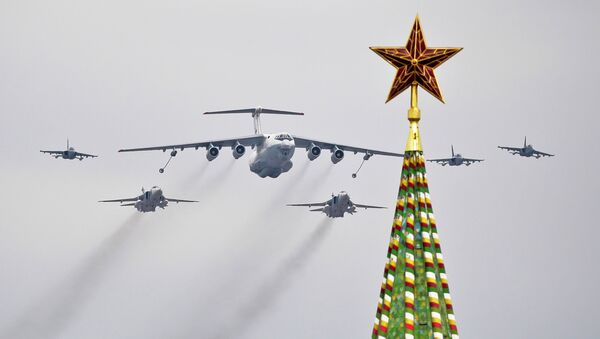 © Sputnik / Anton Denisov
/
Go to the photo bank
Subscribe
Mahmoud Abbas understands the importance of the Victory Day for Russia and will show his respect attending the Parade on May 9.

“Of course, the Palestinian president will come for the Victory Parade on May 9 in Moscow,” Mustafa said.

Mustafa added that Abbas would arrive on May 8 and remain in Moscow through May 10:

“We know how important this day is for Russia and Russia is our friend, so we use any chance to show our respect to Russia; therefore, we immediately gave our approval and our president will fly in on May 8 and stay until May 10.”

May 9 marks the 70th anniversary of Nazi Germany's capitulation and the Soviet Union's victory in World War II.

At least 25 state leaders have accepted Moscow's invitation to commemorate the date next month, Kremlin Chief of Staff Sergei Ivanov said earlier in the week.

At Least 25 States to Take Part in WWII Victory Day Celebrations in Moscow
Several European leaders, however, declined to attend the celebrations citing Russia's alleged involvement in the Ukrainian crisis.

A full list of participants is due to be published later this month.