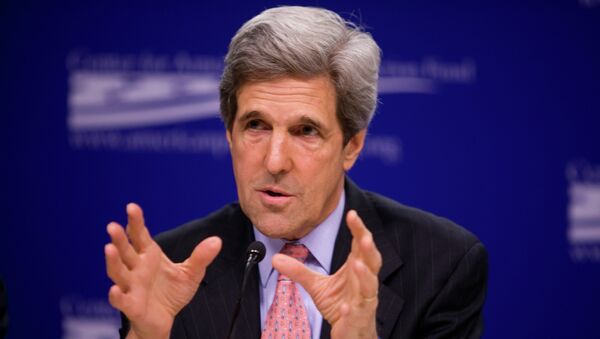 US Secretary of State John Kerry will attend the G7 meeting in Germany next week to discuss crucial political and security problems, US Department of State Spokesperson Mari Harf announced in a statement.

“Kerry will travel to Lubeck, Germany, from April 14 to 15 to attend the 2015 G-7 Foreign Ministers’ meeting,” Wednesday's statement said. “During the meeting, the Ministers will discuss key global political and security issues.”

Kerry will also hold some bilateral meetings while in Lubeck, according to the Department of State.

Germany took over the G7 presidency in June 2014 and is scheduled to host an annual meeting of G7 leaders in June 2015.