After Oil Dropped: Saudis to Borrow for First Time in More Than Decade 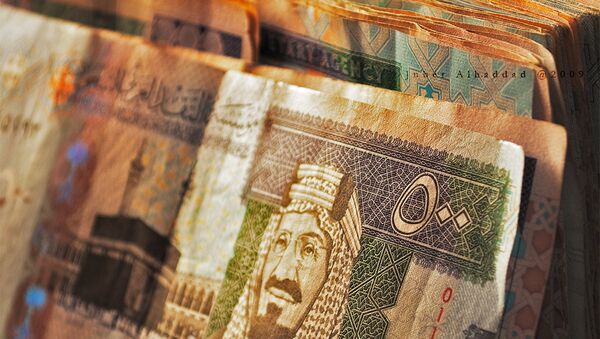 © Flickr / Juber Al-haddad
Subscribe
International
India
Africa
Plummeting oil prices mean that Saudi Arabia - for the first time in 15 years - will have to post a deficit and enter the debt market, according to a leading financial research firm.

The deficit is also going to be more than twice the $39 billion the oil-rich kingdom had anticipated after oil prices dropped by more than 50% in late 2014. It's going to be closer to $106 billion, said Jadwa Research in a report released Tuesday.

Saudi Arabia has also started drawing down its reserves of foreign currencies — which are vast at $714 billion as of the end of February — for the first time since 2009 to help cover the budget deficit.

The kingdom — which is also expected to post a current account deficit of  $23.1 billion — does not want to rely solely on foreign reserves for financing its new shortfalls.

"The government is now expected to issue debt as part of its deficit financing strategy," Jadwa said.

While oil revenue is expected to drop by 35%, social spending has remained pretty much steady at $290.9 billion. About $30 million of the new deficit is attributed to a bonus of two months' pay or pension benefits which the new king, Salman, granted to current and retired Saudi state employees in January.

Nor is it anticipated that Saudi Arabia will cut crude oil production in order to shore up prices. In fact the country, which usually averages an output of 7 million barrels a day reached a peak of 10.3 million barrels a day in March — its highest rate since at least 2002 when the Joint Organisations Data Initiative began keeping records.

OPEC would not cut production unless non-OPEC members agreed to the cuts as well, oil minister Ali al-Naimi told Bloomberg, adding that he was optimistic that prices will rise in the coming year after 2014's plunge.

"Prices will improve in the near future," al-Naimi said. "The challenge is to restore the supply-demand balance and reach price stability. This requires the cooperation of non-OPEC major producers, just as it did in the 1998-99 crisis."