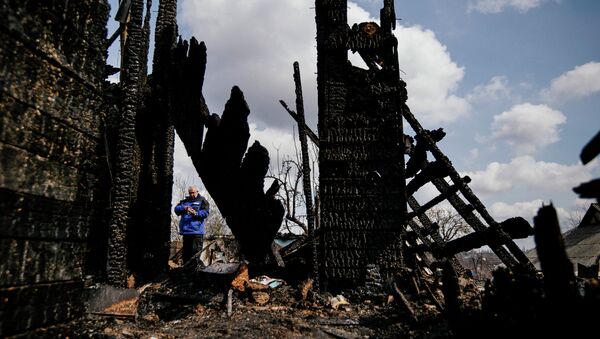 © AFP 2023 / DIMITAR DILKOFF
Subscribe
International
India
Africa
A year after the Ukrainian authorities launched their “anti-terrorist operation” in the east, Ukrainian media has revealed a first-hand account from a former Ukrainian policeman: pro-Ukrainian forces were left disoriented, without orders from Kiev and were then betrayed by their generals, accused of sympathizing with the pro-independence fighters.

Almost a year ago, the then-acting President of Ukraine Olexander Turchynov announced the start of an "anti-terrorist operation" against pro-independence fighters in the east of the country.

He then told parliament it was being conducted "stage by stage, in a responsible… manner".

The Ukrainian news web-site LB.ua has published a first-hand account from a former Ukrainian policeman, who at the time was serving in the northernmost town of the Donetsk region, Krasny Liman. 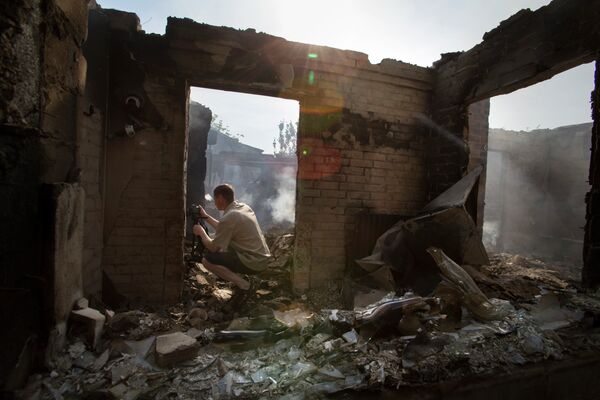 The law officer said that pro-Ukrainian servicemen were left there in chaos, disoriented, without any commands arriving from Kiev. When the pro-independence fighters eventually took over their town, the generals betrayed them by accusing them of sympathizing with the eastern independence supporters.

'If a Firm Order Came at the Start of the conflict, We Could Have Defended the Territory as Pro-Ukrainian or, If Such a Command Came in, Handed Over the Control to the Donetsk People’s Republic (DPR).'

“Why is my fate decided by people who are too scared to give any firm orders, just warming their generals’ seats? God forbid that we could have made any decisions which would result in them losing their heads.” the website quotes the serviceman as saying without disclosing his name. 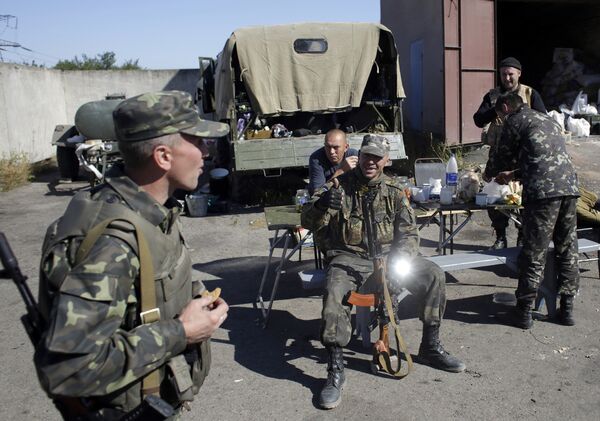 An Ukrainian serviceman is pictured on their positions near eastern town of Gorlivka in Donetsk district on September 18, 2014
© AFP 2023 / ANATOLII STEPANOV

“Why did nobody bring us together and give us firm orders?” he questioned.

The officer said that if the head of the local police department had been given any commands, (all servicemen rely on orders coming through the chain of command) he would have been able to mobilize the law officers in the area. If this had happened at the start of the conflict, then they could have defended the territory as pro-Ukrainian or, if such a command came in, handed over the control to the Donetsk People’s Republic (DPR).

But no orders arrived of any kind. The police were left to their own devices, in the middle of the chaos, with no direction from above as the Generals hedged their bets on the outcome.

The officer said that the cowardly Kiev-based generals simply sat waiting to see who was going to win before sending an “official order”. When the pro-independence fighters took over and the “anti-terrorist operation” was launched, they blamed the servicemen in the field for sympathizing with the fighters.

“Those b******s sacked the last sergeant on the site, who was simply unable to make any decision and who to the last was waiting for at least any command to start acting,” he said. “And the top, as always, are all 'golden'. If you dismiss people in the field, you should dismiss the top as well.”

'I Didn't Hear a Word in Russian'

The fighters who took over the town were 100% local, the officer said. Some of the fighters were later identified by the police.

“And later, when I had to deal with them,” he added,” I didn't hear a single word in Russian. Those were locals and not even from far away, but from the nearby vicinity.” 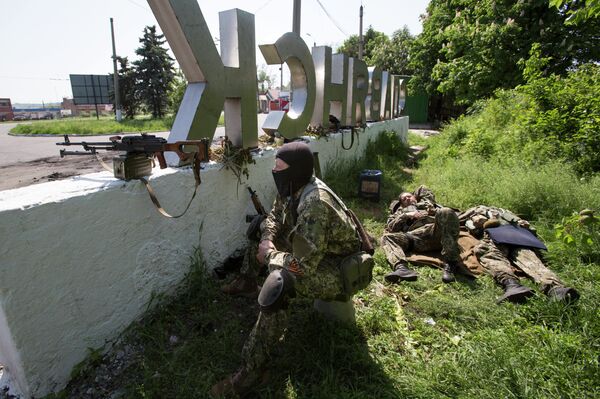 Pro-independence gunmen take their position behind a sign with the word 'Slovyansk', at a checkpoint blocking the major highway which links Kharkiv, outside Slovyansk, eastern Ukraine, Friday, May 16, 2014
© AP Photo / Alexander Zemlianichenko

The authorities, however, seem not to care and continue to stubbornly persist in the myth of Russian troops in the area.

Meanwhile the Ukrainian authorities in the city of Slavyansk, not far from Krasny Liman, have taken much trouble to find “social separatists” in the area. They started handing out leaflets to local residents to help identify who they are looking for. Local residents are advised to inform on those who match the guidelines set out in the leaflet.

Amongst other valuable advice, the guidelines offer the following information: “Separatists are those who campaign against mobilization or who are waiting for Putin to arrive. The punishment is imprisonment from 7 to 12 years.” 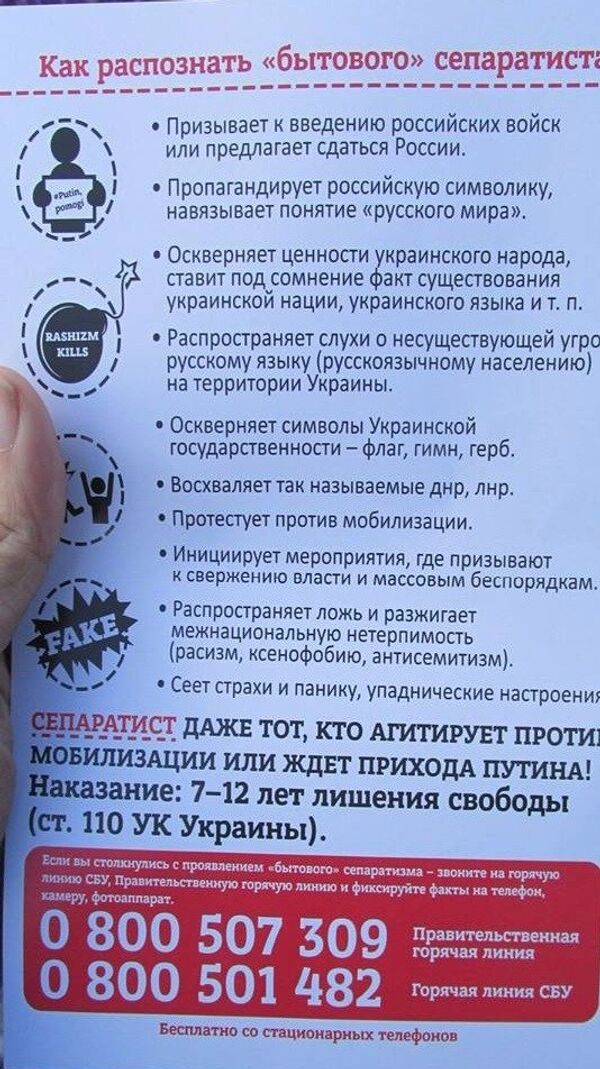