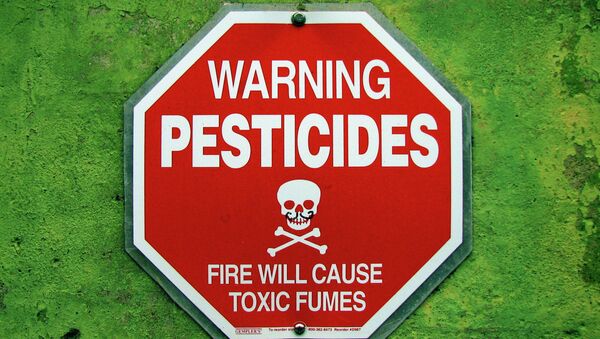 An attempt to kill bugs has left four family members fighting for their lives.

A few hours after the Esmond family checked into a US Virgin Islands Luxurious hotel, they were all rushed to the hospital for seizures, three of whom had fell into a coma.

The reason? The presence of the pesticide, methyl bromide, at the rented villa, said the US Environmental Protection Agency (EPA).

Preliminary test results "do show that there was a presence of methyl bromide in the unit where the family was staying," said EPA Spokesman Elias Rodriguez.

Methyl bromide is an odorless potent neurotoxin that hits the lungs and nervous system, causing respiratory and heart failure. It can’t be detected until someone falls seriously ill.

While the family was staying at a second floor condo, the pesticide company, Terminix, fumigated the lower unit.

Paramedics arrived at the villa to find Steve Esmond unconscious, his two sons and their mother were having severe seizures.

The boys, 16 and 14, fell into a coma, and the mother, Theresa, was having severe seizures.

After being airlifted to back to the US, the mother has recovered, while the father is still unable to talk or move. The boys remain in a coma.

Methyl bromide is banned from being used indoors in the US. The Department of Justice and EPA have initiated a criminal investigation into the issue.

"It's an ongoing investigation; we're still on the island doing our assessment," Rodriguez said. "We have been doing different types of air sampling and wipe sampling."

Terminix said it is cooperating with authorities to find out what happened.

"We are looking into this matter internally and cooperating with authorities… they join the community in wishing them a speedy recovery," Terminix told CNN.

Text results are expected next week.