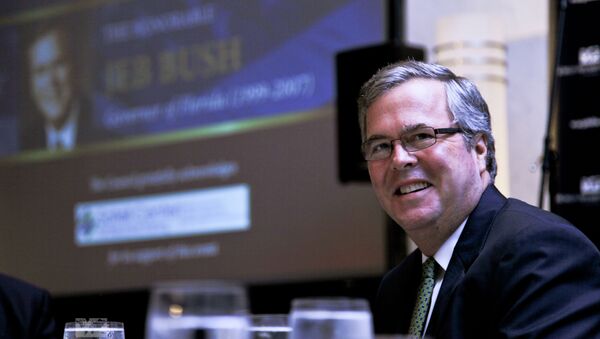 Born to Caucasian parents but married to a Mexican, Jeb Bush checked off Hispanic as his race when he filled out the 2009 voter registration form, the New York Times reported.

Although his action was cited as a possible "careless mistake," the former Florida governor could stir controversy and damage his campaign for the 2016 race, because signing such application means "the voter is swearing or affirming an oath," according to the Times.

A similar incident in 2012 put Elizabeth Warren, who was running for Massachussets Senate, on the defensive when she claimed to be Native American but couldn’t prove it. She was accused of misrepresenting herself as a Native American.

Jeb Bush speaks Spanish, has a Mexican-born wife, lived in Venezuela for two years, and was governor of the state that is home to over four million Hispanic voters from 1999 to 2007, with over 61% of Hispanic voters casting their ballot for him. But that does not make him Hispanic.