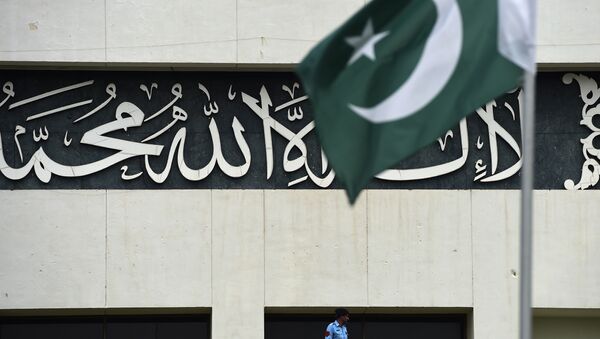 India Evacuates Over 260 Nationals, 170 Foreigners from Yemen
NEW DELHI (Sputnik) – Pakistani lawmakers are debating whether the country should join its armed forces with Saudi Arabia, to strengthen the coalition, which currently battles opposition groups in Yemen.

"The grave security situation in Yemen has raised severe implications for Pakistan. Given the gravity of the situation PM Nawaz decided the subject merits in-depth discussion in the Parliament," Pakistani Defense Minister Khawaja Asif said as quoted by the Dawn newspaper.

Pakistani officials repeatedly said that the country could join the coalition only if its neighbor Saudi Arabia’s security was endangered. Soon after the coalition, led by Saudi Arabia, started launching airstrikes on Houthi positions in Yemen on the request of displaced Yemeni President Abd Rabbuh Mansur Hadi, Riyadh asked Pakistan to join the efforts.

The country’s ambassador to Russia, Zaheer Janjua, told Sputnik last week that Pakistan has not yet made any decision regarding Saudi Arabia’s request.

Yemeni Houthis, the main opposition force in Yemen, recently took over the country's capital Sanaa, forced the elected president to flee the country, and made rapid advances into other cities.

The main goal of the military operation is to defeat the Houthis, supporters of ex-Yemeni president Ali Abdullah Saleh, and return to power the Hadi government.