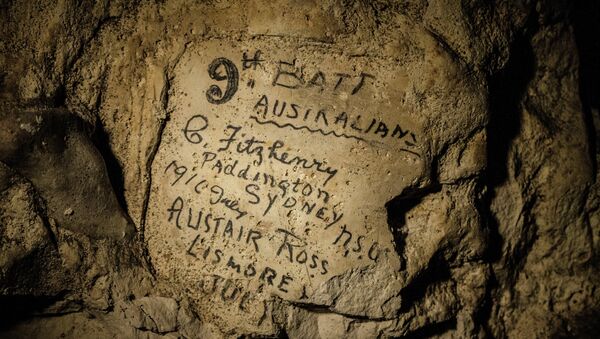 World War One graffiti made up of about 2,000 soldiers’ names has been discovered deep in a former chalk quarry in France; archaeologists tout the writing on the walls as the biggest collection of graffiti in all of Western Europe.

The quarry is located in Naours, about 96 miles (156km) north of the capital Paris, where millions of soldiers were killed or wounded on the nearby Somme battlefields. 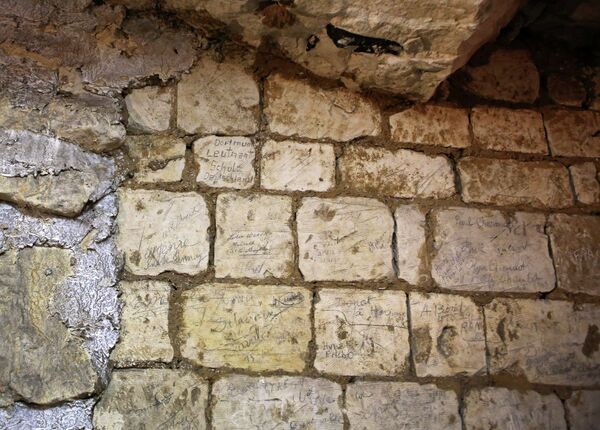 Experts said that the well-preserved graffiti sheds light on how WWI soldiers understood that leaving their inscriptions nearly 100 feet underground would be important for the younger generation.

"It shows how soldiers form a sense of place and an understanding of their role in a harsh and hostile environment," historian Ross Wilson of Chichester University in Britain, said.

The graffiti consists of a total of 1,821 individual names, including those of 731 Australians, 339 British, 55 Americans, an array of Canadians and French, as well as 662 others whose nationalities have yet to be identified.

The names were tallied by photographer Jeff Gusky, who said that "all these guys wanted was to be remembered." 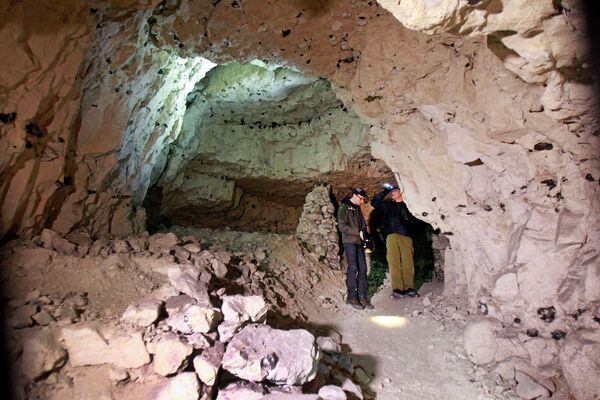 The inscriptions include one made by 25-year-old soldier Herbert John Leach from Adelaide, who was killed in action less than a month after he added his name to the wall. His inscription reads:"HJ Leach. Merely a private. 13/7/16. SA Australia." Leach died in the Battle of Pozieres on August 23, 1916.

The graffiti was discovered by French archaeologist Gilles Prilaux, who explained that the two mile (three kilometer) network of tunnels and hundreds of chambers were dug out over centuries in the chalky Picardy plateau.

The entrance of the quarry was blocked off and forgotten by the 18th century, but was rediscovered by a local priest in 1887.