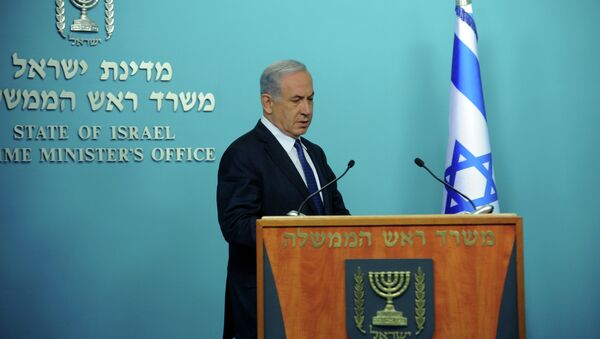 Iran's Nuclear Deal to Incite Arms Race Among Sunni States - Netanyahu
MOSCOW (Sputnik) — Israeli Prime Minister Benjamin Netanyahu told CNN on Sunday that a better deal with Iran on its nuclear program was possible through ratcheting up sanctions against the country.

On Thursday, international mediators and Tehran reached a preliminary nuclear deal, with Iran agreeing to stop stockpiling material that could be used to build an atomic bomb and to give international monitors greater access to its nuclear facilities.

"I think the alternatives are not either this bad deal or war. I think there is a third alternative, and that is standing firm, ratcheting up the pressure until you get a better deal… It's achievable," Netanyahu said.

Iran Nuclear Deal More Effective Than Military Strikes
According to the prime minister, a better deal would roll back Iran's nuclear infrastructure and require the country to stop its threats to "annihilate" Israel.

Tehran and the P5+1 group have agreed with Iran on a number of key issues that include uranium enrichment, the number of centrifuges and sanctions imposed on the Islamic republic.

A comprehensive deal on Iran's nuclear program is expected by the end of June.