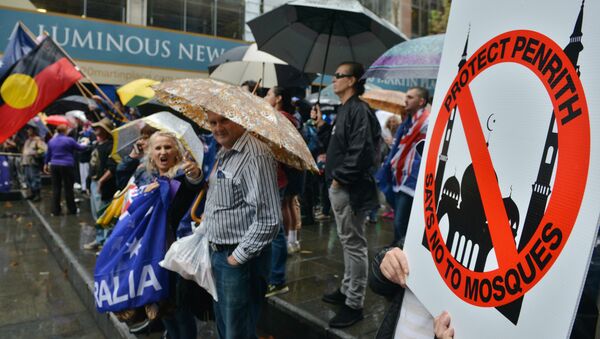 On Sunday, the group Reclaim Australia is holding nationwide protests against “sharia law, halal tax and Islamization”. Thousands of people took it to the streets of major Australian cities to promote the country’s “traditional values” holding banners saying “If you don’t love it, leave.” They were met by an opposing No Room for Racism group of demonstrators, who also staged nationwide demonstrations Sunday to promote cultural diversity and to protest against Islamophobia.

According to Australian media, in Melbourne the clashes between Reclaim Australia and No Room for Racism groups resulted in at least two people being taken to hospital. More than 100 police officers were forced to form a line of bodies to hold crowds apart.