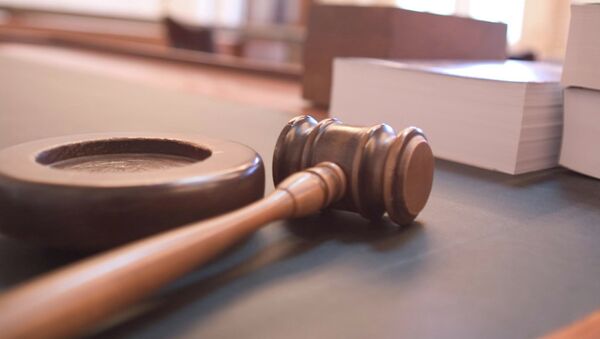 CC BY 2.0 / /
Subscribe
International
India
Africa
A Federal Judge in San Francisco ruled that the California Department of Corrections must provide sex reassignment surgery (SRS) to an inmate suffering from gender dysphoria.

Gender dysphoria is when a person’s gender at birth conflicts with the one they identify with, according to the American Psychiatric Association. A California prison inmate, Michelle-Leal Norsworthy was diagnosed with the condition in January 2000 and, according to US District Judge Jon Tigar, the state is violating her constitutional rights by denying her the sex change surgery.

In a 38-page order, Tigar wrote that people with gender dysphoria have a risk of anxiety, depression, and suicidal thoughts if they are denied treatment. He additionally reprimanded the California Department of Corrections for denying the surgery.

“Norsworthy has presented compelling evidence suggesting that prison officials deliberately ignored her continuing symptoms of gender dysphoria and the recognized standard of care,” He wrote, “She is seeking access to the medical treatment prescribed by her treating provider and denied for administrative, rather than medical, reasons.”

He added, “The evidence suggests that Norsworthy’s request for SRS was denied because [the Department of Corrections] has a blanket policy barring SRS as a treatment for transgender inmates.”

Norswrothy was born Jeffrey Norsworthy, and is serving a 17 year to life sentence at Mule Creek State Prison in Ione, California for second-degree murder. She entered prison in April 1987, and began identifying as a woman in the mid-1990s before she was diagnosed with gender dysphoria.

Should she undergo the operation, it will be the first in state prison history to cost as much as $100,000, according to California Corrections Health Care Services spokeswoman, Joyce Hayhoe. Tigar’s ruling orders the state to provide the surgery “as promptly as possible”, however, department officials are considering appealing the ruling.  Hayhoe said that her office is reviewing the order to “determine the next steps.”

Tigar’s order would mark the second time nationwide that a judge ordered a state prison system to provide SRS. In 2012, a federal judge ordered the Massachusetts Department of Corrections to grant the sex change surgery to Michelle Kosilek. The ruling was, however, overturned by the 1st US Circuit Court of Appeals, and is currently being appealed to the US Supreme Court.