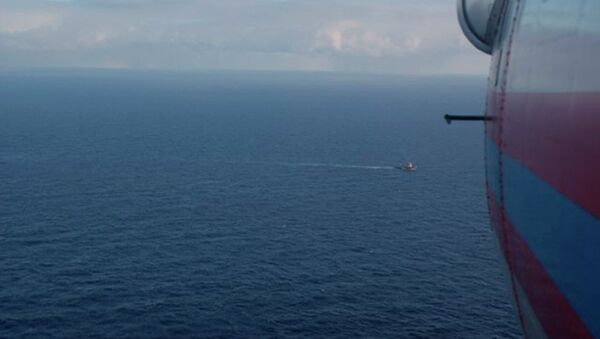 Over 80 Russians, 51 Foreigners on Board Sunken Trawler in Okhotsk Sea
MOSCOW (Sputnik) – “All the information disseminated by individual news agencies and social networks on the reason for the shipwreck of the large nuclear trawler, the Dalniy Vostok, in the Sea of Okhotsk could have been a collision with a Russian submarine is bogus,” Gen.Maj. Konashenkov said.

He said that there were “no Russian Naval submarines in that particular area of the Sea of Okhotsk at the time of the tragedy.”

On Wednesday night, the trawler Dalniy Vostok sank in freezing water with 132 people on board, including 81 Russians and 51 foreigners. At least 56 died in the accident, while 13 remain missing.

The trawler was carrying over 20 metric tons of fuel but no fuel leak has been reported. A criminal investigation has been launched to determine the cause of the accident.