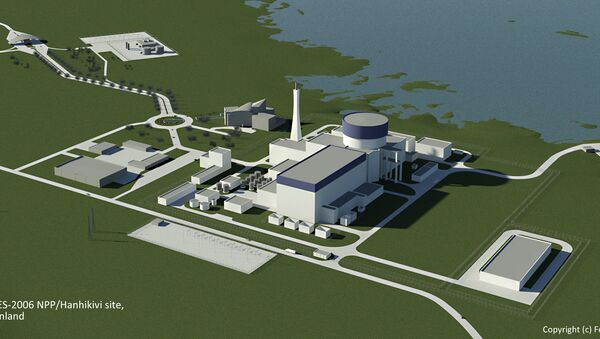 US Names Russian Nuclear Power Plants for India, Iran Best Projects of 2014
MOSCOW (Sputnik) — According to the ministry, the funds were placed in nuclear giant Atomenergoprom, a subsidiary of the Rosatom state corporation, in the amount of 57.5 million preferential shares valued at 1,000 rubles ($17.50) per share.

Finnish nuclear company Fennovoima Ltd and Rusatom Overseas, another subsidiary of Rosatom, signed a contract in 2013 to construct a nuclear power plant in northern Finland.

The facility is set to include a Russian-designed 1,200 megawatt pressurized water reactor.

According to the companies' schedule, Hanhikivi 1 will begin producing electricity in 2024.