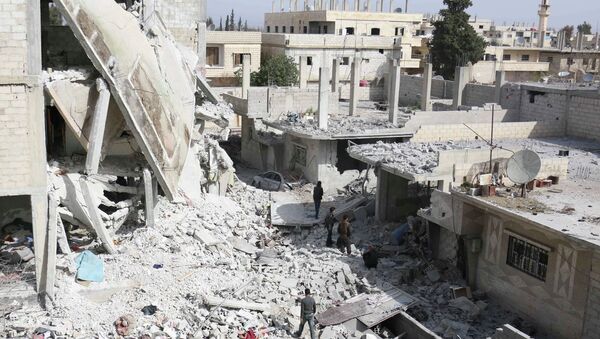 Airstrikes conducted by the Saudi Arabia-led coalition against Houthi rebels in Yemen damaged the Russian Consulate in Aden.

MANAMA (Sputnik) – The Consulate General of Russia in Aden was damaged as a result of bombings conducted by the Saudi Arabia-led coalition against Houthi rebels in Yemen, an embassy source has told RIA Novosti.

"There is not a single whole window left," the source said, adding that there is a possibility that the Russian consulate in Aden might be closed and all Russian citizens might be evacuated from the city.

Foreign countries and international organizations, including the United Nations, have been evacuating their citizens and staff from Yemen amid the intensified conflict in the country.