© Flickr / Die Grünen Kärnten
Subscribe
International
India
Africa
The company’s earnings fell about 15 percent as sales decreased to $5.2 billion in 2015 from $5.8 billion in 2014.

Scared of Frankenfish? Wait for New GMO Products Coming to Grocery Stores
WASHINGTON (Sputnik) — The leading producer of genetically engineered seeds and herbicides Monsanto reported lower earnings in the first half of 2015 caused by weaker sales, according to a press release issued by the company on Wednesday.

“The company’s second quarter earnings per share was $2.90 on an ongoing basis and $2.92 on an as-reported basis,” the press release said. “For the first half of fiscal year 2015, cash flow from operations was a source of approximately $1.5 billion, compared to $1.8 billion the same period last year.”

Monsanto to Pay for Uncontrolled Releases of Toxic Chemicals in Idaho
The company’s earnings fell about 15 percent as sales decreased to $5.2 billion in 2015 from $5.8 billion in 2014.

The industry-wide decline in corn plantings and a stronger US dollar influenced Monsanto’s performance, according to the press release.

US-based Monsanto is one of the world’s largest agricultural companies, producing genetically engineered seeds as well as herbicides. 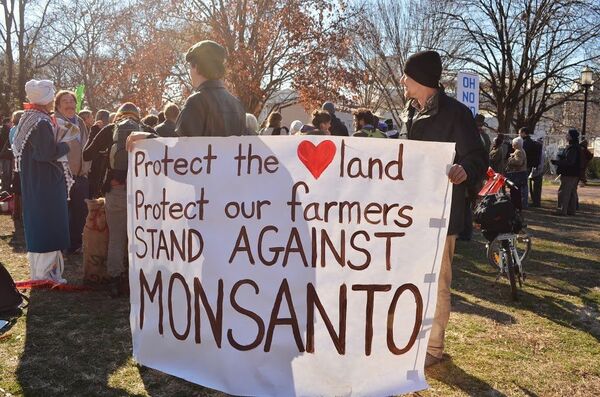 A rally against biotech giant Monsanto in Washington, DC on January 10, 2013.
© K. Zeitvogel

Cover Your Tracks: Monsanto Donates $4Mln to Save Monarch Butterflies
In February 2015, the US environment watchdog Center for Food Safety issued a report saying that Monsanto’s signature herbicide Roundup Ready is leading to the decimation of Monarch butterfly populations.

In 2013, multiple protests started against Monsanto in about 400 cities around the world. The protesters accused the biotechnology giant turning a blind eye to the potentially deadly effects of its genetically modified organisms in crops and food that it sells globally. 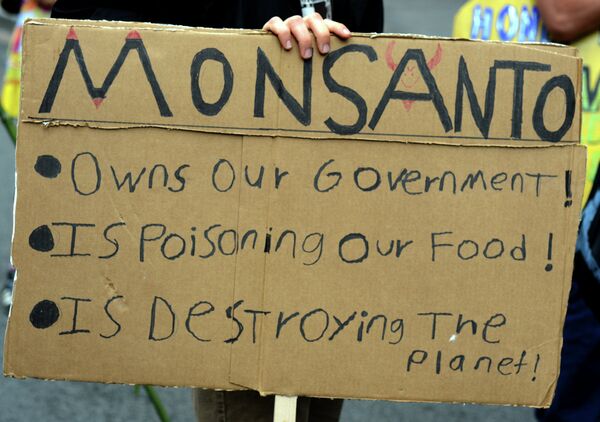