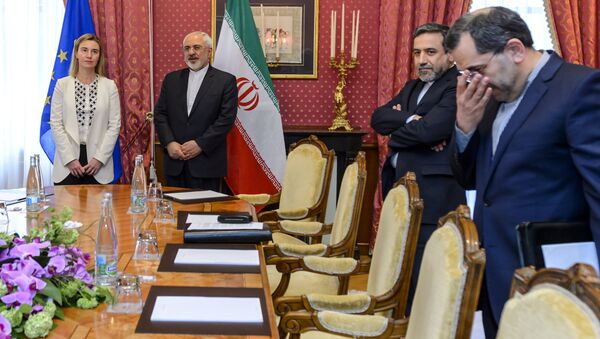 The Iranian foreign minister said he was not dissatisfied with the talks on the Tehran's nuclear program.

"I'm not dissatisfied, but we could have made more progress," Zarif told reporters in Lausanne, Switzerland.

The current round of negotiations between Iran and the P5+1 group, including Russia, the United States, the United Kingdom, China, France and Germany, has been expected to end on Tuesday. But the delegations prolonged the talks to work out an interim deal ahead of a a comprehensive agreement that should be reached by July.

P5+1 Expects New Proposals From Iran Wednesday Evening - Steinmeier
Zarif added that the Iranian delegation was ready to work in Lausanne for as long as necessary to reach an agreement.

Meanwhile, White House spokesperson Josh Earnest said during a press briefing on Wednesday that the United States and their international partners were prepared to walk away from nuclear talks with Iran if Tehran stalled on its commitments to a deal.

The UN Security Council and a number of countries have imposed several rounds of sanctions on Iran, accusing the country of developing nuclear weapons. Tehran has repeatedly rejected those claims, stating that its uranium enrichment program is for peaceful purposes only