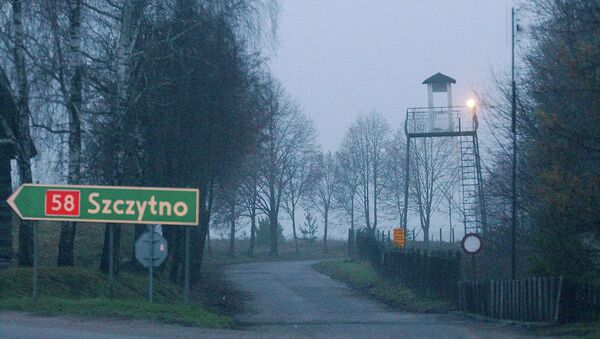 © AP Photo
Subscribe
Poland has been warned that it must de-classify details of an investigation into a secret CIA jail in the country, or it will be in breach of a European Court of Human Rights (ECHR) ruling, according to the lawyer of a former inmate who was held at the facility.

Mikolaj Pietrzak, a lawyer for Abd al-Rahim al-Nashiri, who was held at the CIA 'black site' recently wrote a letter to Polish Prime Minister Ewa Kopacz and prosecutors involved in the ongoing investigation into the facility.

Reuters reported that in the letter, Pietrzak wrote that he needed proper access to various case files, and called the public to be informed on what steps the prosecutors have taken in the investigation, and when a final report will be released.

The letter also warned that if particular materials related to the case aren't declassified and released to the public, then Poland would be in breach of an earlier European human rights ruling. Pietrzak said:

"Failure to publicly disclose the most important parts of the investigation and to de-classify the relevant materials would be in violation of the ECHR judgment."

The alleged breach relates to a ruling in February, which found Poland guilty of violating human rights law by allowing the CIA to detain terror suspects at a secluded facility, where they were subsequently tortured, and by not properly investigating what happened in the secret jail.

Mr Pietrzak said he had only been given limited access to some case files, which he claims, doesn't allow for his client to set out a proper defense.

The European court ordered Poland to pay a total of $247,365 in compensation to the ex-inmates and to seek assurances that al-Nashiri, now at the US military jail in Guantanamo Bay, will not be sentenced to death.

In ruling against Poland, ECHR requested it seeks assurance from US that Al-Nashiri would not receive a death sentence. Unattainable task

The polish jail was one of many so-called 'black sites' around the world where US intelligence officials interrogated and in some cases tortured terror suspects following the 9/11 attacks.

The Polish government is yet to react to the claims, however any further disclosure of potentially explosive information related to the black sites could provide the US and other countries further human rights problems, following December's release of a report into the CIA's rendition and torture program.

…interrogators, including slapping al-Nashiri multiple times on the back of the head during… (p 97) pic.twitter.com/1iuaDoFOCW

The release of the explosive report condemned the actions of US intelligence officials, and was also embarrassing for the UK, with Prime Minister David Cameron confirming that he had asked for some sections mentioning the names of British agencies and officials to be redacted.