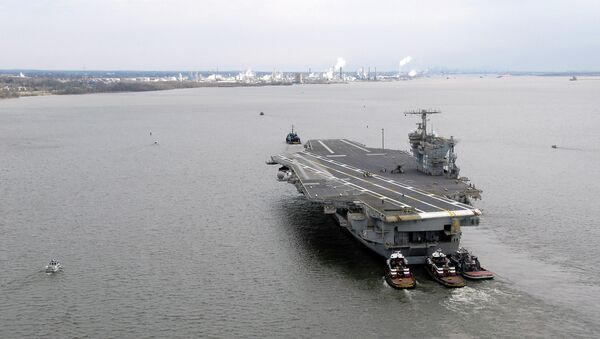 The new radar, called the Enterprise Air Surveillance Radar (EASR) is slated to go on the USS Kennedy around 2023, and is expected to save the Navy $180 million in the cost of the ship, according to Rear Adm. Thomas Moore, the program executive officer for carriers.

“The radar that we choose is going to be an off-the-shelf radar that we tailor to the ship. There are a number of radars out there that appear to meet the specs.” Moore said to reporters. “This will not be a developmental issue. LHA 8 will be the first ship to get EASR.”

The decision to fit an EASR radar on carriers and amphibs emerged out of a Navy study on technologies that would work across multiple platforms, but it was also largely motivated by the service’s desire to lower the costs of the Dual Brand Radar (DBR), currently configured in the USS Ford, the first Ford-class aircraft carrier. 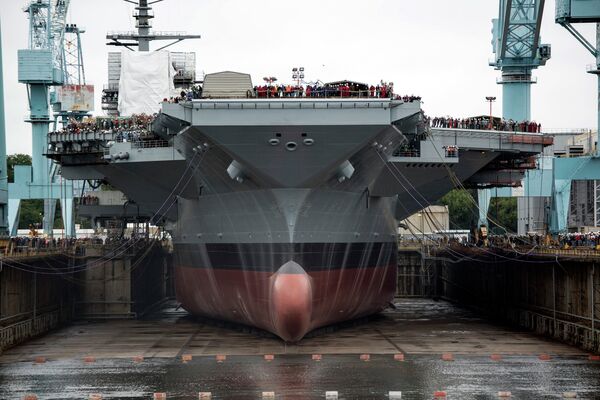 The USS Ford will be the only aircraft carrier in the Navy fleet to operate the Dual Brand Radar (DBR).
© Flickr / Stuart Rankin

The EASR will essentially replace the DBR in the USS Ford’s successor, as the carrier has received a lot of criticism for cost overruns.  All in all the USS Kennedy is estimated to cost $11.4 billion, putting its cost at more than one billion less than the cost of the USS Ford.

The plan to switch out DBR with EASR will mean that the USS Ford will be the only carrier in the Navy fleet to operate the former radar system.

Navy Jets Carrying Extra Fuel Can't Launch from New Aircraft Carrier
According to Moore, the DBR simply provides more capability than needed for carriers. The radar was initially slated to go on 27 new, high-tech DDG 1000 destroyers. When the Navy changed its plans, however, and decided to procure only three DDG 1000s, the cost of the DBR went up. “It’s hard for me to imagine that if there hadn’t been the DDG 1000 program we would have picked the DBR,” He said.

He added that while the EASR will meet most of the carrier’s requirements, some capability shortfalls will still need to be addressed.

“EASR does basic functions – volume search, carrier traffic control. The DBR is much more powerful, especially in detect-to-engage mode, and it can do fire control. EASR cannot do that, so we’ll have to add SPQ-9B radars.”

Another reason why carriers do not need the powerful DBR is in part because they always have a destroyer or a cruiser nearby, providing a defensive radar envelope for protection.

The US Navy has a dual-phased plan to deliver the USS Kennedy 2024, with the EASR radar slated to go into the carrier in the 2023 and 2024 time frame. The dual-phased delivery emerged out of the Navy’s plan to initially deliver the ship without some of the on-board technology. This will allow the Navy to maximize effectiveness and lower costs of developing the carrier by building in the latest technology during the second phase.