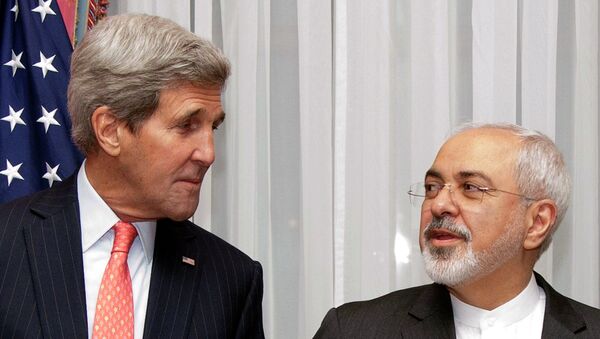 US Secretary of State John Kerry and Iranian Foreign Minister Mohammad Javad Zarif are meeting on Iran's nuclear deal in the Swiss city of Lausanne, a source in the US delegation said Wednesday.

LAUSANNE (Sputnik) — Tuesday was the deadline for reaching an interim deal on Iran's nuclear program with a comprehensive agreement expected to be worked out in July.

The agreement is expected to partly or fully lift the economic sanctions imposed on Iran.

Earlier in the day, Iranian Deputy Foreign Minister Abbas Araqchi said P5+1 and Iran will make a joint statement Wednesday on the progress of the negotiations.

The P5+1 countries, including Russia, the United States, China, France, the United Kingdom and Germany have been trying to convince Iran to halt its uranium enrichment program and decrease the number of its centrifuges since November 2013, fearing Tehran is developing nuclear weapons under the guise of a civilian program.