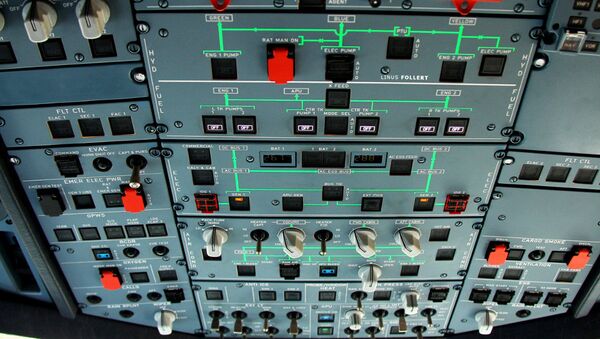 European pilots have expressed concern over the investigation into the crash of Germanwings flight U4-9525 en-route from Barcelona to Düsseldorf on March 24, saying the French prosecutor's role is hindering a proper accident probe.

The European Cockpit Association (ECA), which represents over 38,000 European pilots, says the role of the French prosecutor, working alongside the air accident investigation team is a blurring of responsibilities and that the prosecutor's insistence — so soon after the crash — that the plane was brought down by the co-pilot is inappropriate.

Pilots seek answers to 4U 9525 tragedy

The aeroplane, registered D-AIPX, operated by Germanwings, flight 4U-9525, crashed in the Alps, killing all 150 people on board. Following examination and downloading of the Cockpit Voice Recorder, French prosecutor Brice Robin concluded that co-pilot Andreas Lubitz had locked the pilot out of the cockpit and then deliberately put the aircraft into a downwards glide path which caused the crash.

World
Germanwings Co-Pilot Treated For Suicidal Tendencies For Years
"The most plausible and probable interpretation for us is that the co-pilot, by a voluntary abstention (deliberate decision not to act), refused to open the door to the cockpit to the flight captain, and activated the button to start descent. So he activated this button to initiate loss of altitude (descent) for a reason that we completely ignore today but that can be analysed as an intention to destroy the plane," Robin told a press conference.

However, the ECA said that while it accepted the premise of the prosecutor's argument, Robin has failed to follow agreed international protocols.

"European pilots are deeply disturbed by the latest turn in the investigation of the tragic Germanwings flight 4U-9525 crash. The reports of investigators and French prosecutors, that this could be a result of a deliberate attempt to destroy the aircraft, are shocking and our thoughts are with the victims and their relatives," the ETA said in a statement.

In France, the prosecutor works alongside the accident investigation team — in this case the BEA (Bureau d'Enquêtes et d'Analyses) accompanied by technical advisers from Airbus, engine maker CFM International and investigators from the BFU (Bundesstelle für Flugunfalluntersuchung) the BEA's German counterpart.

A video message from our CEO Thomas Winkelmann http://t.co/fISyJVRfFx

The ECA said the mix of roles ran counter to standard investigations.

"We stress the need for unbiased, independent investigation into the factors leading to this accident. The leaking of the CVR data is a serious breach of fundamental and globally-accepted international accident investigation rules… Given the level of pressure this leak has undoubtedly created, the investigation team faces a serious distraction."

"The required lead [role] of safety investigators appears to have been displaced by prosecutorial considerations. This is highly prejudicial, and an impediment to making aviation safer with lessons from the tragedy," the ECA statement said.

The ECA said that although the prosecutor implied that the breathing heard on the Cockpit Voice Recorder indicated the co-pilot was alive during the descent, some form of incapacitation cannot be ruled out on that information alone.