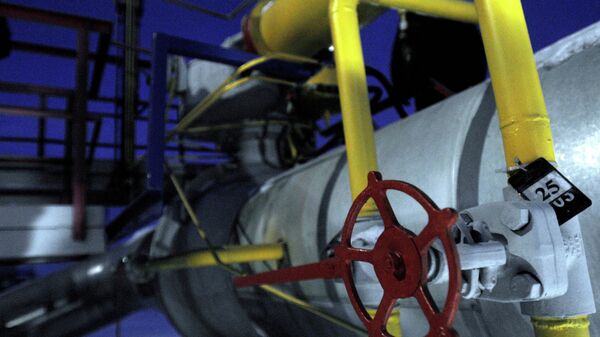 Considering Ukraine's ailing economy, Russia decided to help the neighboring country and extended the discount for gas for another three months, despite the burden for Russia's own economy.

"The Ukrainian economy is in a very difficult situation…so, despite the burden to the Russian budget…we believe it possible to satisfy the request by Gazprom and the Ukrainian side," Medvedev said at a meeting with Russian President Vladimir Putin.

Russia to Consider Extension of Gas Package for Ukraine - Kremlin Spokesman
On Monday, Russia's Energy giant Gazprom requested the Russian government to consider extending the existing discount for gas deliveries to Ukraine for another three months.