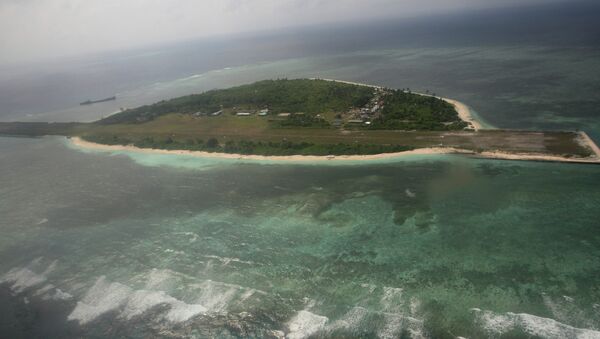 © AP Photo / Roley Dela Pena, Pool
Subscribe
Speaking before an audience in Australia, the commander of the US Pacific Fleet rang alarm bells over perceived Chinese aggression. But shortly after condemning the construction of a "great wall of sand" in the South China Sea, he stressed the importance of an American fleet presence – a great, floating fence, you might say.

China's Military Carries First Offshore Drills in Western Pacific
"But what’s really drawing a lot of concern in the here and now is the unprecedented land reclamation currently being conducted by China," Harris said. "China is creating a great wall of sand with dredges and bulldozers over the course of months."

Senate Demands Formal US Strategy to Stop China in South China Sea
The purpose of these islands is what worries both the US military and other regional players. The South China Sea is a highly contested area, with territorial disputes between a number of nations. While China claims a vast majority of the sea, the Philippines, Vietnam, Taiwan, Brunei, and Malaysia all have overlapping stakes. Earlier this month, both the Philippines and Vietnam filed diplomatic protests to Beijing over Chinese naval presence near their shores. 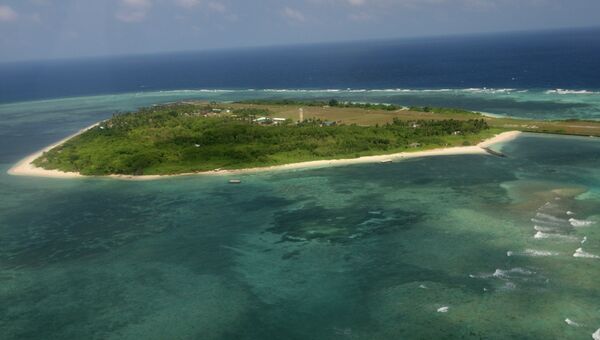 US Starts Flying Its Most Advanced Spy Planes Over South China Sea
The conference, itself, was meant to signal a stronger partnership between the US and Australia. Earlier in the day, Rear Admiral Christopher J. Paul, deputy commander of the US Pacific surface fleet, urged the Australian Navy to join US-led "hunter-killer" patrol groups.