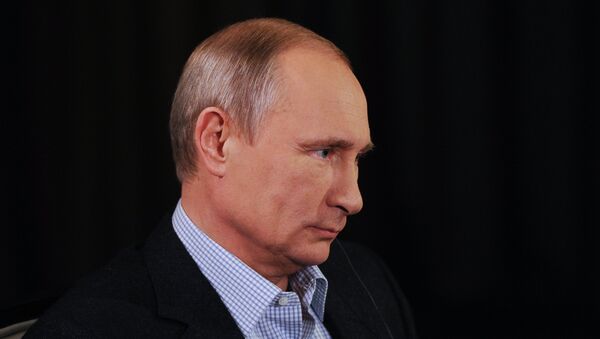 Putin's spokesman Dmitry Peskov reportedly said that Russian President Vladimir Putin may speak at the opening of the 70th session of the UN General Assembly in September.

US Republicans Say Obama Greater Threat to Country Than Putin – Poll
The upcoming session is scheduled to open in New York on September 15 and run until September 28. It is expected to attract an unusual number of world leaders and other dignitaries because of the UN's 70th anniversary.

"A final decision is yet to be taken. A visit to the UN General Assembly is one of the options under consideration, and it does not matter whether it will be a jubilee or not," Peskov said, as quoted by Russia's Kommersant newspaper.

Kommersant cited its sources in the Kremlin and close to the UN office as saying that Putin is expected to make up his mind in August.

The September gathering will be attended by Catholic Pope Francis, who is anticipated to address the broader membership of the assembly a day after his trip to Washington, where he is also to speak before US Congress.