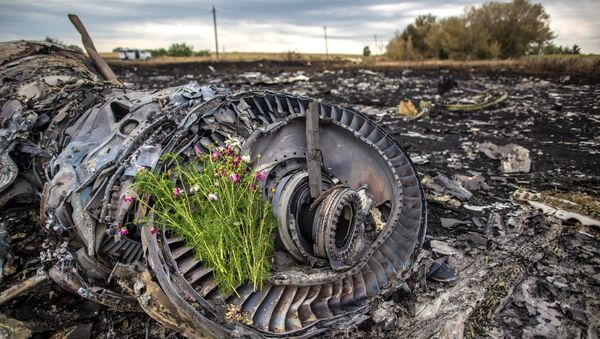 In an exclusive story published earlier this month featuring what Reuters said was new evidence on the downing of the Malaysia Airlines plane, reporter Anton Zverev wrote that "when interviewed by Reuters, Fedotov, the witness who described the 'wiggling' rocket', at first said on camera that it was fired from territory held by the Ukrainian army. Later, off camera, he said it was launched from a nearby rebel area. Asked why he had originally said the opposite, he said it was because he was afraid of the rebels."

When later contacted by RT, the village resident said that Zverev had been "less than accurate" with his testimony.

“When we talked about the Boeing on camera, I explained everything as I saw it. The things that I allegedly said off-camera, all this nonsense, was made up by the journalist himself. It's all lies, because off-camera, we never discussed the Boeing, and just spoke about life, about the current situation, so to speak.” Fedotov told RT.
The Lugansk resident added that Zverev later contacted him to ask if the he had gotten in trouble for speaking with the journalist.

"The first thing that he asked was whether I had gotten in trouble. I was really surprised. Why would I be in trouble if I told him about things as I saw them? And only when my friends called me up and told me that some channel was airing footage which noted that I said one thing on camera and the opposite without the camera did I understand why he was asking me this question."

Stating that the so-called off-camera testimony was merely conjecture, Fedotov stated that he doesn't understand why the journalist would fiddle with his testimony. "Maybe he was doing it for his own benefit…I really don't know what his aim was, but it looks to me like a provocation."

RT noted that its requests for comment from Reuters on the controversy have not been responded to.