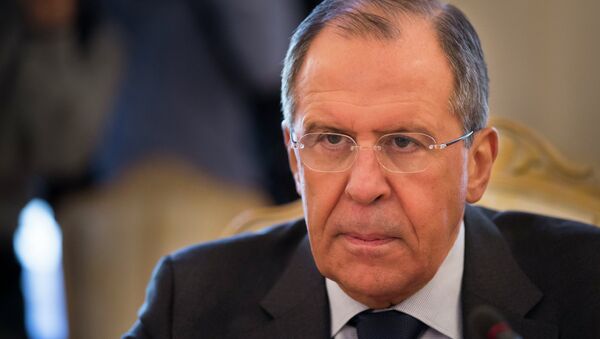 Lavrov is expected to meet with his Chinese counterpart Wang Yi, Iranian Foreign Minister Mohammad Javad Zarif, US Secretary of State John Kerry, and other participants of the nuclear talks.

A plenary meeting between the P5+1 group's foreign ministers and Iranian representatives is expected to be held later.

Israel and the West have long accused Iran of attempting to develop nuclear weapon under the guise of a civilian nuclear program.

Lavrov, Kerry Set to Meet on Sidelines of Iran Nuclear Talks in Lausanne
The P5+1 group of six world powers comprising Russia, the United States, the United Kingdom, France, China and Germany tries to reach a deal with Tehran guaranteeing a peaceful nature of the Iranian nuclear program. Tehran does not want to give up on its nuclear program, arguing that it is aimed purely at meeting the country's growing energy needs.

The group of six world powers has held several meetings with Iran, but the sides failed to reach a compromise.

A new round of the Iranian nuclear talks kicked off in Lausanne on Thursday, aiming to reach a comprehensive solution that would satisfy both sides.