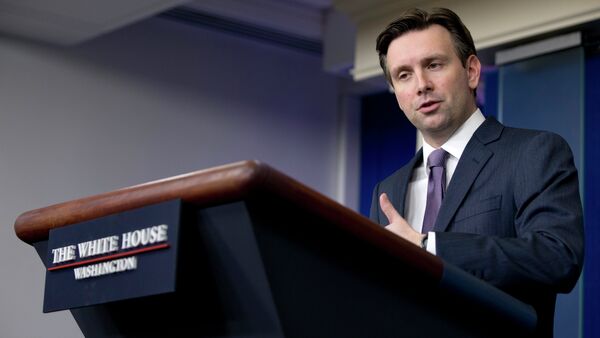 WASHINGTION (Sputnik) — The US counterterrorism strategy in Yemen remains a successful model despite the unfolding military operations by the Saudi-Arabian-led coalition against Houthi rebels, White House spokesperson Josh Earnest said during a press briefing.

“The strategy that the [Obama] administration has pursued in Yemen is not a nation building strategy, it's a counter terrorism strategy,” Earnest said on Friday. “[I]f you evaluate that strategy over the last several years, you will see that because of the strategy that we have pursued we have succeeded.”

Asked whether the United States still thinks Yemen remains a successful counterterrorism model despite the ongoing crisis, Earnest replied he would not revise any previous comments on the strategy’s success.

The Money Trail: How the US Fostered Yemen's Separatist Movement
On Wednesday, a ten-country coalition led by Saudi Arabia launched a military offensive against opposition Houthis after Yemen’s ousted President Abd Rabbuh Mansur Hadi requested support including a military intervention.

The United States is not participating in the military operation, but has agreed to provide logistical and intelligence support.

Earnest said a number of reported plots have been disrupted as a result of the US counterterrorism strategy in Yemen.

“I feel confident in saying to you that there are other plots that have not been reported that have also been disrupted because of the success of the [counter terrorism]strategy that this [Obama] administration has put in place in Yemen,” Earnest added.

The security situation in Yemen has deteriorated in the past several weeks as the country is split among opposition Houthi fighters battling troops loyal to President Abd Rabbuh Mansur Hadi in the center of the country, and al Qaeda militants gaining a foothold in the south.