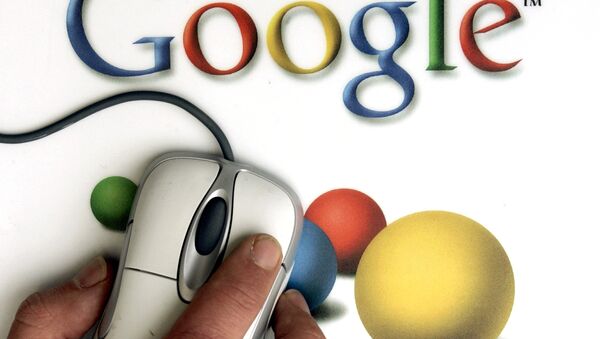 Editor and publisher Judith Vidal-Hall, Robert Hann and Marc Bradshaw, both IT security company directors, accuse the Internet giant of collecting private information without their knowledge and consent between the summer of 2011 and the beginning of 2012 using cookies to target them with personalized adverts.

Google had argued that no harm was done because the matter was trivial and that the action could only go ahead under the 1998 Data Protection Act if there had been a financial loss.

But Lord Dyson, Master of the Rolls, and Lady Justice Sharp said in their joint judgment, with which Lord Justice McFarlane agreed:

"On the face of it, these claims raise serious issues which merit a trial. They concern what is alleged to have been the secret and blanket tracking and collation of information, often of an extremely private nature, about and associated with the claimants' Internet use, and the subsequent use of that information for about nine months. The case relates to the anxiety and distress this intrusion upon autonomy has caused."

The appeal judges said Mr Justice Tugendhat, who heard the case in the High Court, had been entitled to come to the view that it was "clearly arguable" that Article 8 (right to private life) of the European Convention on Human Rights was engaged and gave weight to allowing the claims to proceed.

Lawyers say the ruling potentially "opens the door for litigation by millions of British Apple users".

Judith Vidal-Hall, a member of the group who has won the right to sue Google said:

"This is a David and Goliath victory."

"The Court of Appeal has ensured Google cannot use its vast resources to evade English justice," said Vidal-Hall.

Dan Tench, partner at Olswang, said: "This is an important decision by the Court of Appeal that prevents Google from evading or trivializing these very serious intrusions into the privacy of British consumers."

"The Court of Appeal saw these arguments for what they are: a breach of consumer's civil rights…We look forward to holding Google to account for its actions." Said Tench.

"Anyone who used the Safari browser during the relevant period now has the right to join our claim against Google," said Hawker.

"We urge all Safari users to join us in this battle to hold Google to account for its actions in the only way it understands."

The Court of Appeal ruling in London also clears the way for a group known as 'Safari Users Against Google's Secret Tracking' to go ahead with their claim for compensation from the US Internet giant.