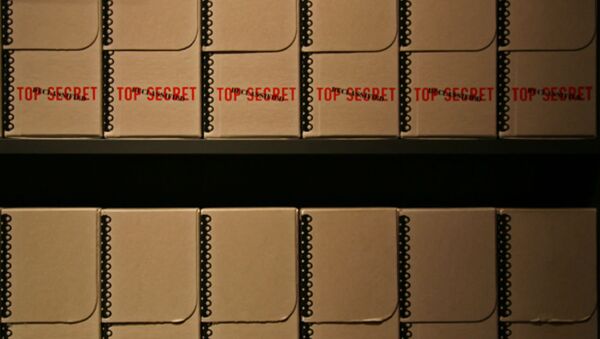 © Flickr / Bryan Jones
Subscribe
In a bizarre, first-of-its-kind decision, a US court has dismissed a defamation lawsuit between a Greek shipping magnate and an advocacy group against a “Nuclear Iran.” The reason? Despite the fact that the case involves no government agencies, an unknown official convinced the judge that a trial could reveal critical state secrets.

In 2013, the shadowy group United Against Nuclear Iran accused Victor Restis, a shipping magnate based in New York, of conducting business with Tehran. It’s what the group is known for, publicly shaming entities which trade with the country. Restis, in turn, denied these claims, and sued the group for defamation.

Restis will never receive restitution for these claims. As part of a landmark decision, the judge decided on Monday to throw out the case after the Department of Justice asserted its state secrets privilege, an unwritten – and thus unofficial – rule which allows the government to keep legal proceedings from disclosing information which could threaten national security.

While the state secrets privilege has been used before – to prevent a racial discrimination suit filed by former CIA employee Jeffrey Sterling, for example – this is the first time it has been implemented to stop a case which doesn’t involve a government entity.

Not an official government entity, at least. The history and membership of United Against Nuclear Iran makes it a highly suspect group. Founded in 2008 by a former CIA director and a troupe of retired diplomats, the organization includes several former intelligence directors, including ones from the UK's MI6, Germany’s BND, and even Israel's Mossad. This has led many to believe that the group is, in fact, a front organization for US intelligence.

Even stranger is the fact that the judge made his decision after a private meeting with government lawyers, and without even knowing which government agency had asserted the privilege.

"Disclosing even the identity of the agency involved creates an unwarranted risk of exposing the information is seeks to protect," the judge's decision reads.

In effect, not only has Restis been denied his day in court, but he also won’t be even be told precisely why his suit has been dismissed. By exercising "utmost deference" at the request of the executive branch, prosecuting attorneys are denied access to the information which their case was based on.

Meaning that Restis can't even build litigation around any sensitive material. For some reason which can't be disclosed, the very existence of the case "would impose an unjustifiable risk of disclosing state secrets."

This sets an unsettling legal precedent in which the executive branch has gerrymandered its way in judicial jurisdiction and dictated that litigation between two private parties cannot be followed through. Even if we assume that the government has legitimate reasons to block Restis' case – and again, we can’t know for sure – who’s to say that the same procedure won’t be misused in the future.

Restis still has the option to appeal the judge's decision, but there's no guarantee that he will. If such a decision goes unchallenged, it could prove to be a fatal blow to government transparency.