DoD Concerned Over Crimea, but Declines to Comment on Black Sea Operations 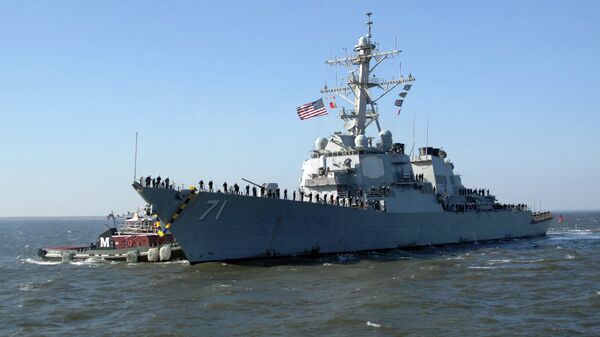 The US Department of Defense is concerned by Russian President Vladimir Putin’s remarks on nuclear forces readiness regarding Crimea, but will not make public the future US operations in the Black Sea, US Under Secretary of Defense for Policy Brian McKeon told Sputnik.

Moscow has warned that the increased military presence in the Black Sea, which is close to a regional conflict zone in Ukraine, is dangerous, and runs contrary to Washington’s stance on peaceful resolution of the Ukrainian crisis.

“We’ve seen those reports and we are concerned about them, but we have not seen that they [Russians] have actually moved nuclear weapons in Crimea,” McKeon said on Wednesday.

Further asked if the United States was considering a broader deployment of Aegis warships in the Black Sea or increasing NATO defenses in Romania, McKeon declined to comment. “If we had [made plans] I wouldn’t be able to talk about it publicly.”

Putin said in a documentary on Crimea's reunification with Russia that the Kremlin was ready to place its nuclear forces on alert if an “unfavorable scenario” in Crimea unfolded.

A Kremlin spokesperson announced on Wednesday that Putin answered a relevant question in a peaceful manner, and his statements were misunderstood by the Western media.