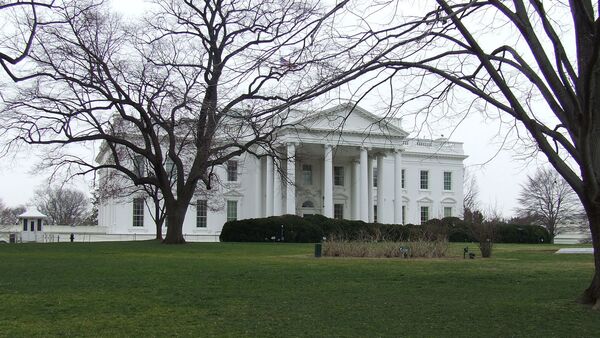 When the United States speaks about promoting democracy and human rights, Washington is in fact pursuing its economic interests and rights to natural resources, with Ukraine being no exception, German MP Sahra Wagenknecht told Sputnik in an exclusive interview.

"It is common knowledge that a son of US Vice President Joe Biden serves on the board of directors of Ukraine's gas producer," the deputy chair of Germany's Left Party said.

"It is common knowledge that US, as well as British companies are interested in Ukraine's shale gas reserves. Agricultural multinationals want to get access to fertile lands in Ukraine."

The goal is to exploit Ukraine's resources, Sahra Wagenknecht is convinced. "I doubt it serves Ukraine's interests or truly helps to promote peace or social policies," the German politician from the leading opposition party added.

There is no future for Ukraine if its economic ties with Russia are severed, she told Sputnik.

German Politician Says Possible Extension of Anti-Russia Sanctions 'Absurd'
Wagenknecht emphasized that she supports the German government's efforts to ensure the implementation of the Minsk peace deal on Ukraine, "but someone is trying to undermine this agreement and the peace process. First of all I mean those supplying weapons and sending military advisers from the United States and the United Kingdom."

"Arms are already being sent and the volume of deliveries is likely to increase. This torpedoes the peace process instead of speeding it up," the German politician said. Evidently, there are powerful forces in the United States seeking to undermine the peace process and ferment war, she added.

"Isn't it remarkable that the Unites States always fights against dictators in the countries of their economic interests and successfully cooperates with dictators in other regions, for instance Saudi Arabia," the German MP asked.