US Rights Organization Pushes for Debate on Death Penalty 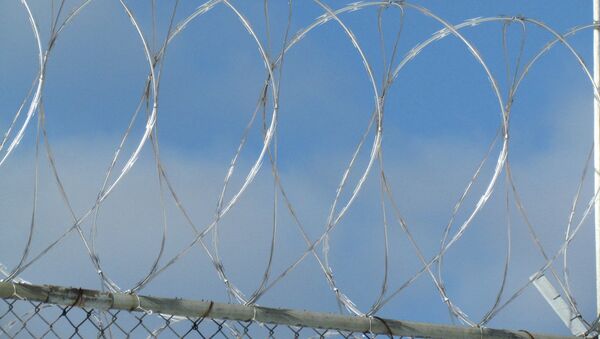 © Flickr / Kate Ter Haar
Subscribe
International
India
Africa
American Civil Liberties Union of Utah Legislative and Policy Counsel Marina Lowe said that the US should consider the issue whether the country should have death penalty at all.

New US Law Could Lead to Elimination of Death Penalty - Former Mayor
WASHINGTON (Sputnik) — The United States needs to hold a debate on whether the use of the death penalty makes any economic or moral sense instead of finding different ways to kill people, American Civil Liberties Union (ACLU) of Utah Legislative and Policy Counsel Marina Lowe told Sputnik.

“Rather than have this debate over what is an acceptable way to kill someone, it’s time to ask why we have the death penalty at all,” Lowe said on Tuesday. “Is it OK for the state to kill in the name of the law?”

Lowe issued the comments amid a controversy in US state of Utah, which resurrected execution by firing squads if the authorities run out of lethal injection drugs.

“The state could have looked at other questions, and make strides forward in the criminal justice system that are constitutionally sound, but instead, we’ve decided to go in another direction,” Lowe said.

The ACLU Counsel noted that questions concerning the existence of the death penalty arise from the US Constitution, which outlaws cruel and unusual punishment, as well as the due process and laws in the United States criminal justice system.

“Questions about who lives and who dies depend on the skills of attorneys, race and age, and socioeconomic status,” she said. “Because of all these factors, that makes the death penalty unfair, and it is no way for it to stands as constitutional.”

Moreover, Utah had already outlawed firing squads as a form of execution in 2004, Lowe argued, and bringing them seems like the state is going backwards.

“What’s so disturbing in Utah is they enacted the smarter on crime legislation that looks at reducing penalties and giving additional treatment for crime and mental health issues,” Lowe said. “It’s Disturbing that Utah makes real progress on criminal justice reform, but sad not on the same line of thinking with the death penalty.”

Lowe also pointed out it costs a million dollars more to put someone to death than if the person receives prison sentence.

The ACLU Counsel said she remains hopeful that the state of Utah and other US states will soon start looking at the death penalty differently.

The ACLU is a non-profit organization whose goal is to defend and preserve individual rights and liberties in the United States guaranteed by the US Constitution and the country’s laws through litigation, lobbying and community empowerment.