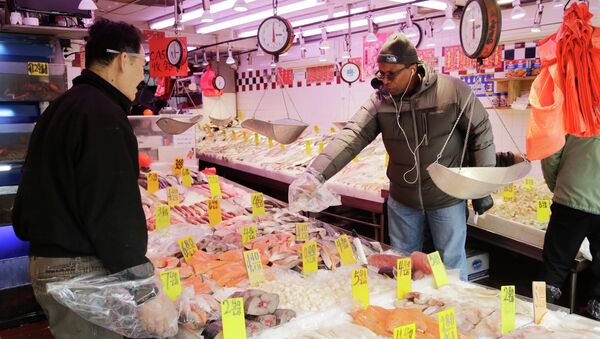 The AP conducted a year-long investigation into the labor practices, which begin in the island village of Benjina, where hundreds of men are forced to fish the surrounding waters. The slaves, mostly from Myanmar (Burma), one of the world’s poorest countries, arrived in Indonesia through Thailand.

"I want to go home. We all do," the AP quoted one slave as saying. "Our parents haven't heard from us for a long time, I'm sure they think we are dead."

Their catch is shipped back to Thailand, where it mixes in with other fish at numerous sites, including processing plants. US Customs records obtained by the AP show that several of those Thai factories ship to America. 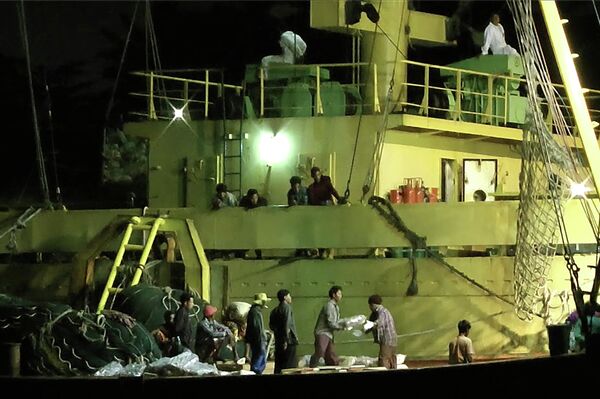 National Fisheries Institute spokesman Gavin Gibbons, speaking on behalf of 300 US seafood firms that make up 75% of the industry, said his members are troubled by the findings.

"It's not only disturbing, it's disheartening because our companies have zero tolerance for labor abuses," he said. "These type of things flourish in the shadows."

One shipment of slave-caught seafood ended up in a truck owned by Kingfisher Holdings Ltd., which ships frozen and canned seafood around the world.

Every month, Kingfisher sends about 100 metric tons of seafood from Thailand to America, according to US Customs records obtained by the AP. These shipments have gone to Stavis Seafoods, a Boston-based Sysco supplier, and other distributors.

"The truth is, these are the kind of things that keep you up at night," said CEO Richard Stavis, whose grandfather started the company. He said his business visits international processors, requires notarized certification of legal practices and uses third-party audits.

"There are companies like ours that care and are working as hard as they can," he said. 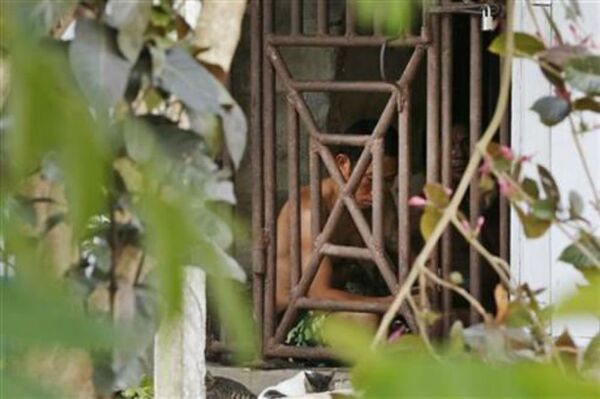 Thai and Burmese fishing boat workers sit behind bars inside a cell at the compound of a fishing company in Benjina, Indonesia.
© AP Photo / Dita Alangkara

Another shipment ended up with a subsidiary of Thai Union, which owns Chicken of the Sea and is buying Bumble Bee, and whose direct clients include Wal-Mart. Thai Union ships thousands of cans of cat food to the US every month, including brands like Fancy Feast, Meow Mix and Iams. These end up on shelves of major grocery chains, such as Kroger, Safeway and Albertsons, as well as pet stores.

Throughout the course of the investigation, the AP interviewed more than 40 current and former slaves in Benjina. The men said they were paid little to nothing to work 20-hour shifts, and were kicked, beaten or whipped with toxic stingray tails if they complained or tried to rest.

Many died at sea, according to Hlaing Min, a runaway slave who spoke to the AP.

"If Americans and Europeans are eating this fish, they should remember us,” he said. “There must be a mountain of bones under the sea. The bones of the people could be an island, it's that many."

The small harbor in the fishing village is occupied by Pusaka Benjina Resources, whose five-story office compound includes a locked cage where slaves are held. The company is the only fishing operation on Benjina officially registered in Indonesia, and is listed as the owner of more than 90 trawlers.

However, the captains are Thai, and the Indonesian government is reviewing to see if the boats are really Thai-owned.