Modernization of US Nuclear Triad Imperative to Deterrence - STRATCOM 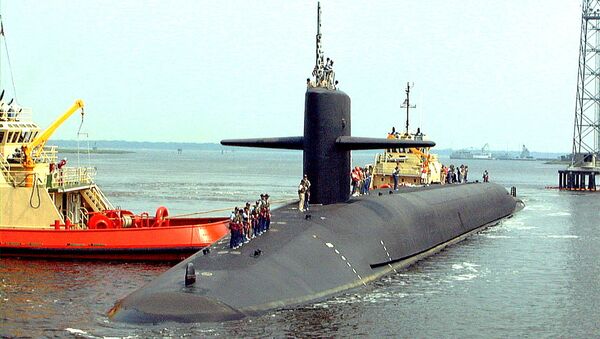 “When you look at the triad — the responsive nature of our intercontinental ballistic missiles, the survivable nature of our ballistic missile submarines, and the flexibility and visibility of our bomber leg — each of those provide unique characteristics that are so important to strategic deterrence in the 21st Century,” Haney said.

Haney’s statement came in response to a question regarding whether the United States needs all three nuclear capabilities at a time of budget constraints.

US Weighs ‘Counterforce Options’ to Alleged Russian INF Treaty Violations
While the maintaining US nuclear capabilities takes up less than 3 percent of the US defense budget, modernization would bring that level of spending to between 5 and 6 percent, he added.

“The cost of not doing it can be more of a problem than the cost doing it,” the STRATCOM Commander said.

US Congressional Budget Office estimates project that the United States will have to spend approximately $35 billion annually to achieve the US Barack Obama administration’s goals to maintain and upgrade the US nuclear triad. From 2015 through 2024, the total cost would amount to approximately $348 billion.

The cost of upgrading the US nuclear arsenal will reach $1 trillion in the next three decades, according to The James Martin Center for Nonproliferation Studies.

The US Strategic Command is one of nine unified commands in the US Department of Defense that is charged with nuclear command and control, space operations and global strike. The Command is also responsible for critical communications, surveillance and reconnaissance.