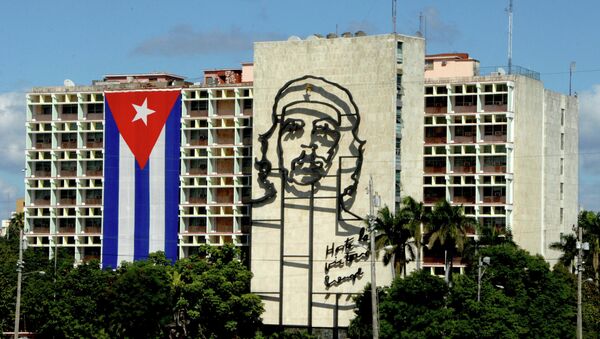 Russian Foreign Minister Lavrov said that Russia and Cuba will prepare large-scale projects in the energy, transportation and civil infrastructure sectors, as well as in the areas of biotechnology, pharmaceutics, healthcare and civil aviation.

"In line with instructions given by the heads of our states, our government agencies will most certainly prepare rather large, serious, and promising projects in the energy, transportation and civil infrastructure sectors, as well as in the areas of biotechnology, pharmaceutics, healthcare and civil aviation," Lavrov said.

The Russian foreign minister is on a one-day visit to Cuba as part of his current Latin American tour, which also includes Nicaragua, Columbia and Guatemala.

US Bid to Contain Russia and Latin America Speeds Creation of New Alliances
Russian authorities previously announced that Russia and Cuba, together with the United Arab Emirates, were discussing the possibility of jointly creating a major international transport hub in the Caribbean country.

The hub would be built on the grounds of a former military base, and help boost other infrastructure projects in the region, the director of the Russian Foreign Ministry’s Latin American department, Alexander Schetinin, said earlier in March.

Russia and Cuba are also considering the launch of a "very serious" program to modernize Cuba's power plants, according to the Russian official.

The two countries have a long history of friendly relations and cooperation, dating back to Soviet times.