Ukraine to Mark Reconciliation Day Ahead of May 9 Victory Celebrations 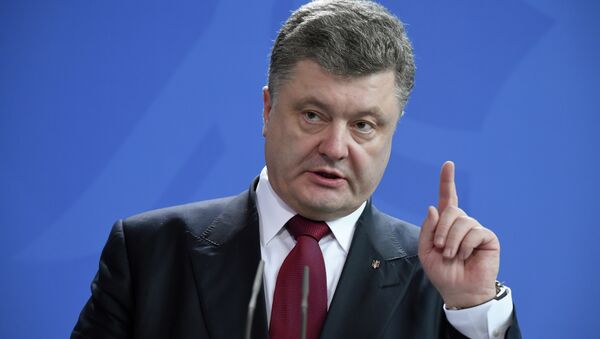 Leaders of 26 States to Visit Moscow for Victory Day Celebrations
MOSCOW (Sputnik) — Ukrainian President Petro Poroshenko has signed a decree introducing a new public holiday in the country to be marked on May 8, a day before the traditional Victory Day celebrations take place in the former Soviet republics, the President's press service said Tuesday.

The new Remembrance and Reconciliation Day coincides with the Victory in Europe, or VE Day observed in Western European countries, such as Britain and France.

"The Ukrainian people and those who defended Ukraine should be duly remembered," Rostyslav Pavlenko, Deputy Head of the Presidential Administration, was quoted as saying.

President Poroshenko also ordered for ceremonial events to be organized in the capital city of Kiev and elsewhere in the country to mark 70 years since the defeat of Nazism in 1945, according to the press release.